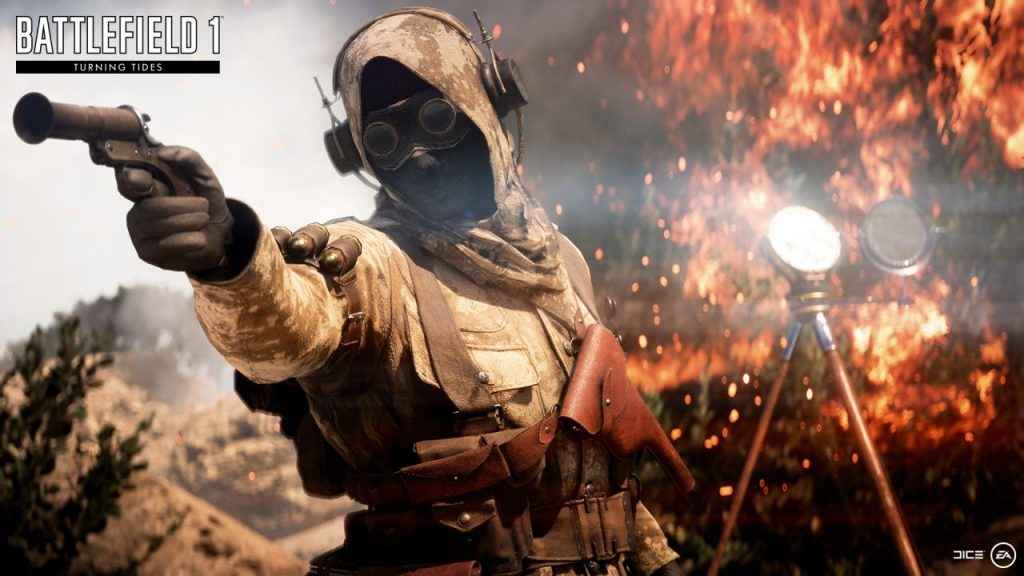 The Battlefield 1 servers are down today for multiplayer matches as EA DICE rolls out the new Turning Tides update.

PS4, Xbox One and PC multiplayer servers for BF1 will be affected for a couple of hours at the following times:

The Battlefield 1 Turning Tides update introduces two new battlefields - the Heligoland Bight and Zeebrugge maps, on top of the two maps that were released in December – Gallipoli and the North Sea.

Six new weapons have been confirmed, including the naval cutlass and grappling hook melee, as well as:

Battlefield 1 players can also step into the role of the new Infiltrator Elite Class and take a ride in a new destroyer and airship. With new unlocks, service assignments, specializations and the all-new conquest assault mode, it's quite a hefty package!

There's a base game update as well, so all players will be forced to download the patch. We'll update this article with the Battlefield 1 patch notes when they arrive. The Battlefield 1 Turning Tides update will currently only be available to Premium Pass and Battlefield 1 Revolution owners for a period of two weeks.