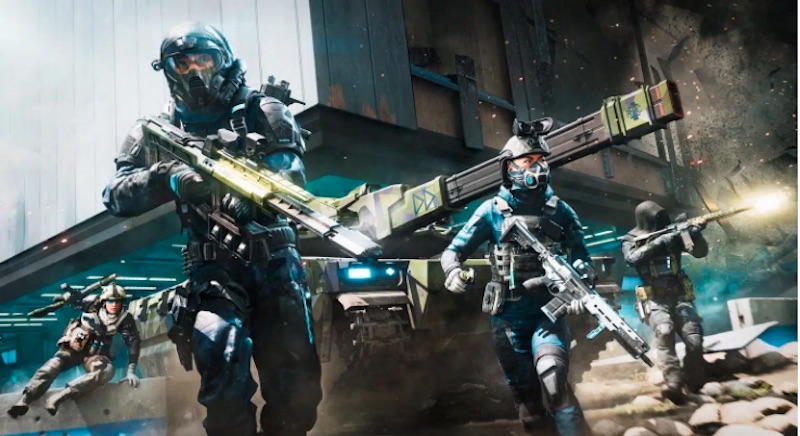 Electronic Arts and Ripple Effect Studios have unholstered the Battlefield 2042 PS5 update 1.000.027 patch notes for you to feast your eyes on, which is a massive update that brings a new map rework, extra vault weapons, plus a range of fixes for the shooter.

The latest Battlefield 2042 patch notes can be seen below.

Here is an overview of the changes and improvements in this Update:

Our main focus with the rework of Manifest is to ensure it becomes more streamlined and offers up a tighter game space, this has also given us an opportunity to do a complete pass throughout the location and provide stronger themes to previously underutilized spaces.

Across the main gamemodes we have adjusted and added flag spaces to reduce travel times and create stronger paths and frontlines as you make your way towards those capture points.

Container Yard – North: The northern container yard has seen further military presence buildup, with the location now becoming an ad hoc refueling station for the ongoing conflict. The paths leading to and from the flag have been improved while the flag placement has been repositioned slightly towards the Quay.

Quay: As conflicts continue, the Quay has been treated to increased military defense encampments, with two new spaces on either end of the Quay. These locations act as Capture Points in certain modes, and when they aren’t in use they act as staging posts for entry onto the boats themselves.

Container Yard – South: This location has been moved closer to the action around the docked boats, with pathing improvements and further military buildup taking place throughout.

Weather Station: Time has not been a worthy ally for the Weather Station after recently suffering from a ground attack, one of these stations now sits in a burning ruin. The surrounding hillside has also received a traversal pass alongside additional light sources and ziplines to allow for increased traversal opportunity.

The M416, a fan-favorite from Battlefield 3 makes its way to the Weapon Vault. It’s compact and light AR with a good damage profile capable of taking out targets at mid-range.

The M240B is a powerful machine gun that becomes a monster when mounted on a bipod, having great bullet velocities that allow you to engage targets at medium to long ranges

The M93R, is a Burst fire sidearm that devastates at close range but with accuracy quickly deteriorating under sustained fire. Get up close and personal with this sidearm to deal its best damage