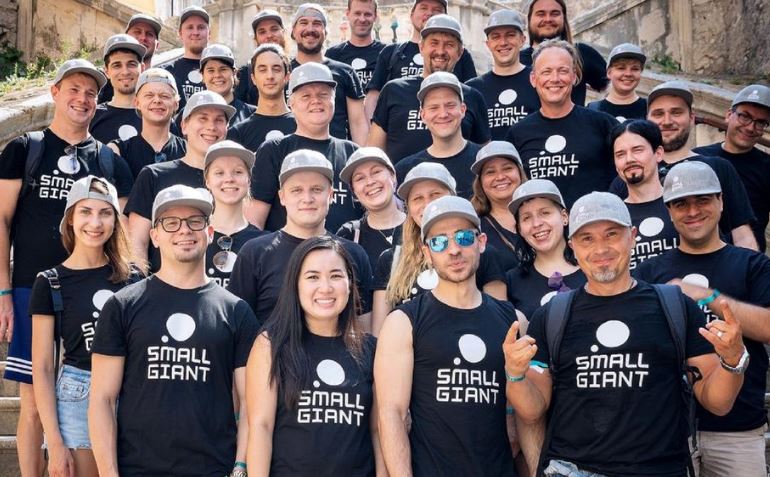 Despite being a relatively small country, Finland supports a massive 260 active video game developer studios. Maybe it’s the long, cold, dark winters that inspire so many people to pursue a career in video game production. From console games to mobile games and small indie developers to big studios, Finland has a wide range of game developers. Who are the best Finnish game developers working in the industry today?

It would be impossible to talk about Finnish mobile game developers without talking about Rovio Entertainment, the studio behind Angry Birds. Founded in 2003 by three university students, Rovio produced a number of their own games and contracted games before releasing Angry Birds in 2009. An addictive puzzle game where players use a slingshot to launch birds in order to destroy structures and rescue their eggs, Angry Birds recently hit 4.5bn downloads. Since its initial release, Angry Birds has become a cultural phenomenon, spawning dozens of spinoffs and sequels, PC and console versions, an animated series and two films.

Small Giant Games, based in Helsinki, is another mobile game developer that found a niche in the world of puzzle games. After Candy Crush exploded in popularity in 2012, it became apparent that there was a market for match-three puzzle games. Small Giant’s contribution was Empires and Puzzles, a match-three game with added role-play features. The game was popular enough to catch the attention of Zynga, who acquired Small Giant in 2018.

The Clash of Clans franchise solidified Supercell’s place as a serious player in the world of mobile game development. Clash of Clans is a multiplayer game where players can build up a village then band together with other players to attack rival players and gain resources. Released in 2012, the game has maintained consistently high ratings and has generated more revenue than any other app on the Apple App Store.

Casino games also give new mobile game developers with a way to develop their skills and create interesting games before moving onto games with more complicated gameplay mechanics. Slot machine games are particularly good for this as they have so many different styles and themes with similar game play. Online casino comparison sites like Kasinonetti.com tend to reward casinos with strong mobile optimisation with better rankings.

The world of PC and console games has continued to grow and diversify over the years. While mobile games can be created with relatively little investment, console games are far more labor intensive and therefore generally require bigger teams and larger financial backing. The development of markets like Steam have made it easier for smaller developers to compete with the likes of EA and Nintendo. Game developers from Finland have been making their mark and holding their own for decades.

Housemarque was founded in 1995 when Bloodhouse and Terramarque merged. Their early career was made by Super Stardust, a multidirectional shooter game. Since its initial release in 1996, they have published multiple sequels to the game for various platforms. In recent years, they have focused on much more complex shooting games. 2016’s Alienation combined role-play elements into the shooter format in an alien invasion storyline. Matterfall, released in 2017, continues the alien theme but is a side-scrolling shooter. While reviewers found it enjoyable, they also noted that it was a bit repetitive. Their most recent release, Returnal, is their most complex game so far. A third-person shooter set on an alien planet; it has received mostly positive reviews.

Colossal Order, based in Tampere, is known for its business simulation games. Cities in Motion and its sequel gives players the mission to improve transportation in major cities through the development and expansion of mass transit infrastructure. Colossal Order’s most popular game, however, is Cities: Skylines, a city building simulation. Though a complex game, reviewers have found it “utterly engrossing” and a great outlet for your creativity as you try to create an ideal metropolis.

The market for post-apocalyptic survival games is thriving with games and series like The Last of Us, Fallout, Far Cry and Left 4 Dead all being hugely popular. Finland’s Iceflake Studios’ contribution to the genre is Surviving the Aftermath. Surviving the Aftermath is a colony builder that allows players to build and sustain a colony and explore an impressive world map. The game has had some issues but is continuously expanding and improving.

Over the last two decades, Finland has become a game developing powerhouse. It will be exciting to see what influences these developers have on the mobile and console gaming worlds in the coming years.