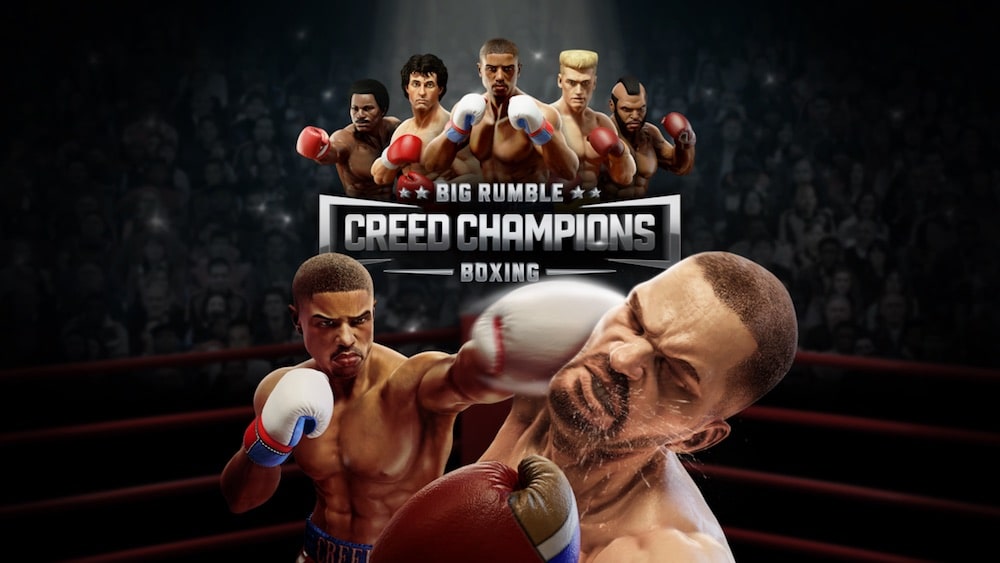 Koch Media has lifted the wraps off Big Rumble Boxing: Creed Champions, which is heading to PS4, Nintendo Switch, PC and Xbox One in 2021. The game is based off of the massively successful film franchise Rocky and Creed starring Sylvester Stallone and Michael B. Jordan, respectively.

Promising an arcade boxing experience, players will follow in the footsteps of Adonis Creed and Rocky Balboa as they train and fight to emerge victorious in the ring. You’ll rise through the ranks in an arcade mode, polish up your fighting prowess in classic Rocky training montages, and get into a punch-up with your mates via competitive multiplayer.

Koch Media’s expertise in bringing incredible games to retail will further our studio’s mission to bring cross-reality games to more console and PC players around the world, making them a perfect partner for Survios and an iconic film franchise such as Rocky and Creed.

Big Rumble Boxing: Creed Champions is scheduled for release in 2021 on PS4, PC, Switch and Xbox One.