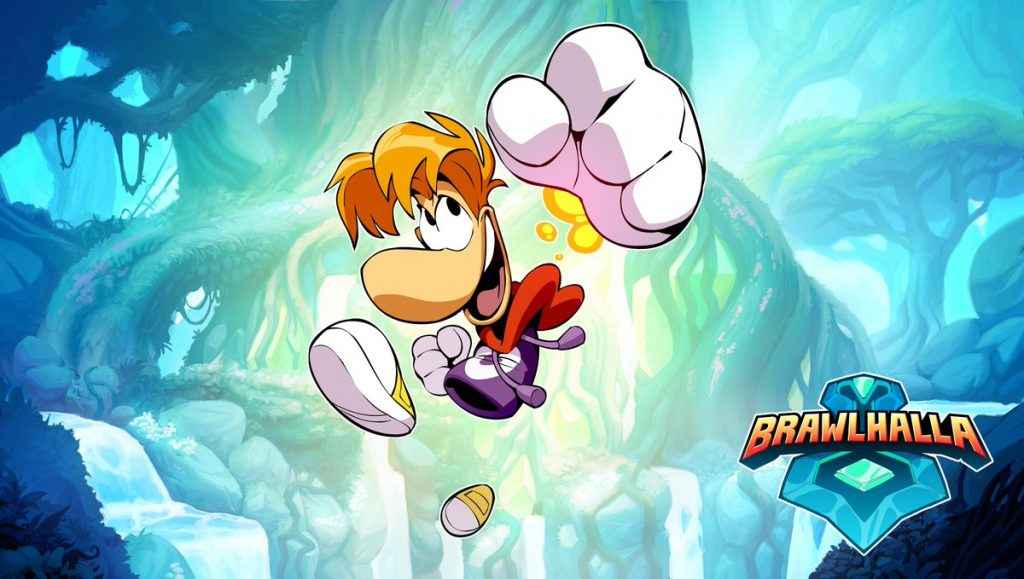 Making him the 42nd playable character and the first to emanate from a third-party IP.

Rayman is coming to Brawlhalla on November 6th! pic.twitter.com/EbziS7Jy7Y

Rayman’s introduction to the Brawlhalla roster just so happens to coincide with the release of the Xbox One and Nintendo Switch versions of the free-to-play beat ‘em up. Which, as you may already know from personal experience, has been doing the rounds on PS4 and PC for the last year or so.

And, given the type of colourful, kid-friendly character Rayman is, we can’t help but feel he’s going to fit in perfectly.

Brawlhalla, as the name suggests, is based (loosely) on Norse mythology. Specifically, at a period when Odin’s golden halls have become overrun with Amazons, cowboys, Mongol warriors, pirates, and even aliens. Triggering endless strife between the competing warriors.

Thus, Odin decided to create a tournament that would bring peace back to Asgard. Producing a Super Smash Bros-esque fighting game in the process. Featuring: Brawlhalla can be downloaded right now for free on the PlayStation Store. However, a 15.99 Founders Pack, as well as a 79.99 Collector’s Pack are also available.

The former contains all current and future fighters, a personal Sentry IV sidekick, and various other bits and pieces. While the latter features everything the Founders Pack does alongside 3500 Mammoth Coins, the Asgardian Elite Weapon Skins (for all current and future weapons), a Champion of the Brawl Bodvar Skin, and the Flames of Ragnarok KO special effect.