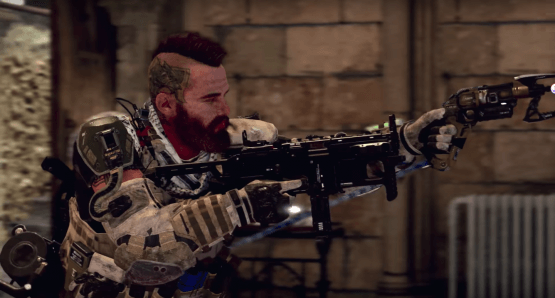 One of the most fearless Black Ops 4 specialists is Ruin. Discover his background and achieve his maximum potential as an efficient killer.

In Black Ops III, Ruin’s real name is Donnie Ruin Walsh. His nickname Ruin already speaks of his capability to destroy enemies quickly. Coming from a military family, he went straight to the military after high school. Ruin already made the military as his second home. Aside from Black Ops, he is also affiliated with Winslow Accord.

This Black Ops 4 specialist is headstrong and confident in battles. Ruin Walsh agrees to be cybernetically augmented. But he chose to drop cyber upgrades as he returns in CoD Black Ops 4. He previously used Gravity Spikes weapon and the Overdrive special ability.

Of all 10 Call of Duty Black Ops 4 characters, Ruin is labelled as a Rusher. He carries all weapons and special abilities when it comes to mobility and speed. Here are Ruin’s special abilities:

How to Use Ruin

So, to use the Grapple Gun, press R1 quickly to move from one place to another. It will be difficult for opponents to target you when you are this quick.

Then to enable the Gray Slam, press L1, and R1 altogether. This will to activate a short, destructive jump that delivers a deadly explosion to whichever it hits.

Do you like Call of Duty Black Ops 4 specialist Ruin? If not, choose among other Black Ops 4 Specialists here.