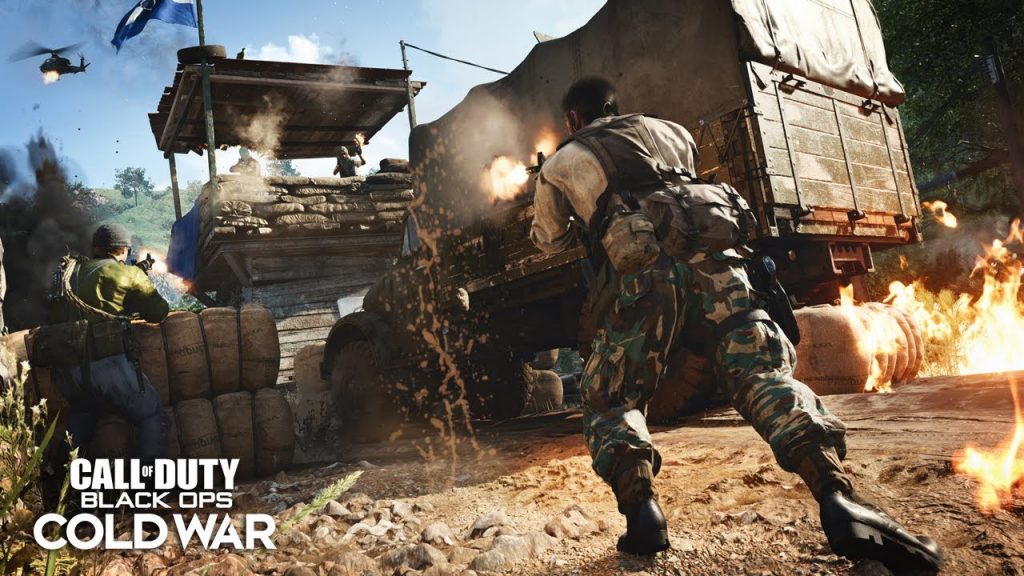 This past week, PlayStation gamers were given the chance to play the Call of Duty: Black Ops Cold War beta, with early access granted to those who pre-ordered. In case you missed it, this coming weekend opens up the beta to multiple platform users. And in the meantime, let me give you a quick rundown in this impressions on how Black Ops Cold War’s multiplayer is shaping up.

For those out of the loop, Cold War brings Black Ops back to past, specifically the 80s. Many fans, including myself, are finding the return to an old school setting to be a welcome change. I think especially after the past two Black Ops took us further and further into the future, and with that, more sci-fi elements. No crazy lasers or jetpack boosting here. In this one, your boots are on the ground – though that sweet power slide’s still at your disposal.

With the setting returning to a time closer to our own, the weapon assortment present is grounded and should be familiar to any former virtual soldier of CoD. You have your usual assortment of primary weapons: assault rifles, tactical rifles, sniper rifles, and light machine and submachine guns. In the secondary weapon assortment, there are the ever-reliable pistols, shotguns, and launchers. No laser or electrical ammo-charged weaponry here.

The Pick 10 style loadout system of previous Black Ops games is absent in Cold War. This time around, players customize their loadouts with a more traditional structure, selecting a primary and secondary weapon, lethal and tactical weapons (grenades and whatnot), perks, and so on. Meanwhile, killstreaks have been replaced with scorestreaks.

Instead of only counting, a variety of successful actions (defending an objective, for example), along with kills, help build your way to gaining scorestreak rewards. Additionally, your scorestreak progress doesn’t reset when you die like how killstreaks did. It’s a nice change to reward players who aren’t rapid, steady killers or who play the objective or support roles more.

Shooting feels as solid as ever, retaining that classic Call of Duty feel. This is particularly true in comparison to how guns handled in last year’s Modern Warfare. Between the two, which one has the better shooting is up to personal preference, in my opinion. However for those CoD and Black Ops veterans itching for a bit of nostalgia in their gameplay, Cold War fits the bill.

The combat is fast and frenetic, more arcade-like compared to the slightly more realistic design of MW. You can truly live out your Michael Bay action movie dreams. I did, as you can see in the moment below, where I power slid headfirst into an oncoming motorcycle, only to come out the victor. Boom.

The beta has featured a nice mix of old and new game modes for players to try out. Old standbys are here, such as Team Deathmatch and Domination. The most significant addition is the Combined Arms type game modes. In a Combined Arms type match, the team count is doubled, creating a 12v12 confrontation. Naturally, this gives way to bigger maps, and the largest new gameplay element: vehicles.

You’ve got smaller fare such as motorcycles and snowmobiles, all the way to the heavy artillery like tanks. It’s a welcome addition, with controls and handling that feel adequate and easy to control. Riding around and scoring multiple kills on a motorcycle gave me vehicular combat joy I haven’t felt since my Halo days.

Thus far, Call of Duty Black Ops Cold War’s multiplayer shows a lot of promise for those missing an old school Black Ops or CoD experience. If you missed your chance last weekend or itching to play more, the Cold War beta resumes today for PS4 players and will be the beta debut on Xbox One and PC for early access players.

The beta goes open to everyone on Xbox One and PC come Saturday, October 17.