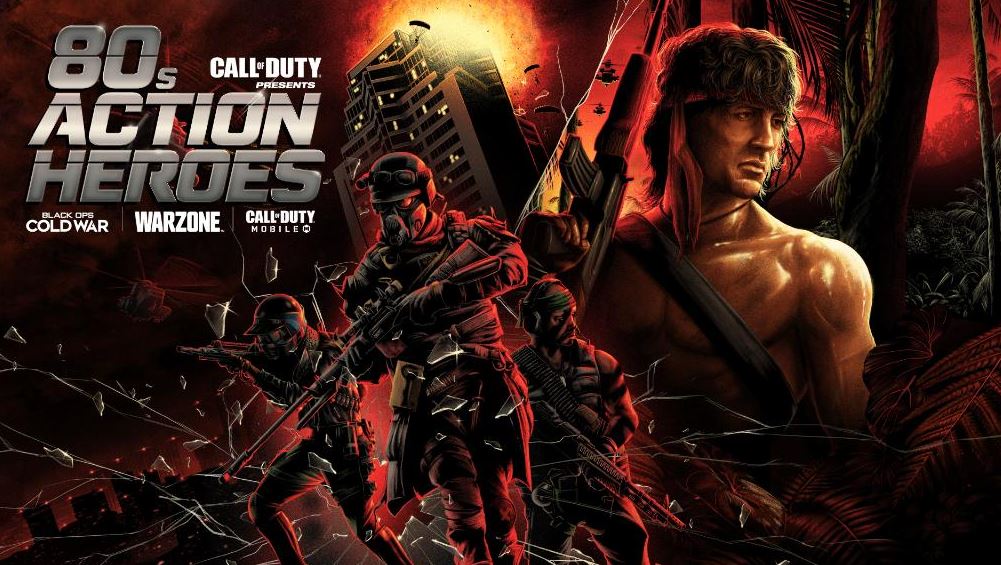 After some leaks suggested this to be the case, Activision has gone ahead and announced that Rambo and Die Hard’s John McClane will be joining the battlefield in Call Of Duty: Black Ops Cold War and Call of Duty: Warzone from May 20.

Revealed in a new image posted on social media channels, both heroes will be playable in Warzone and Black Ops Cold War, alongside Call of Duty Mobile. We have yet to see them in action but expect a trailer sometime next week ahead of the release.

But, for now, you can see the art above and below showcasing the two heroes on the battlefield.

The action begins May 20th. pic.twitter.com/8Rr3c7g26u