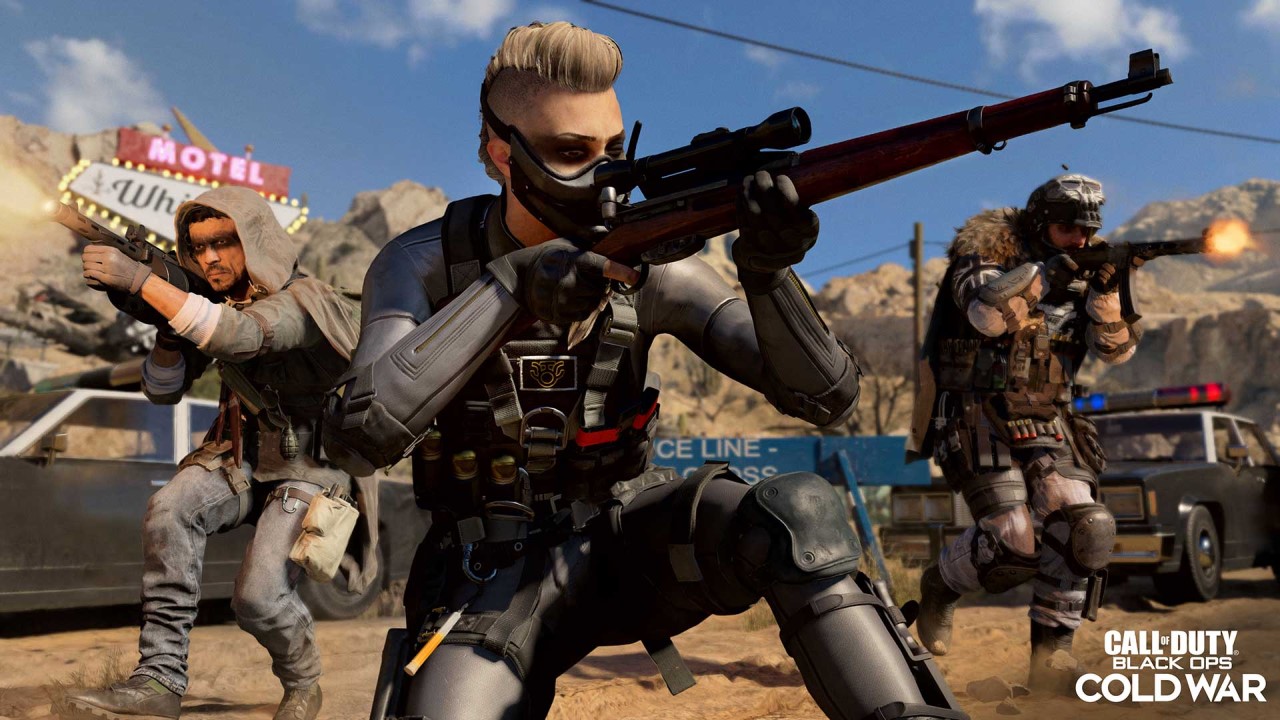 Activision has detailed the Call of Duty Warzone update 1.36 patch notes, which is now live to download for PS5, PS4, PC, Xbox Series X/S and Xbox One versions of the battle royale title. This is a major patch that kicks off Season 3 of the game, with Hunt for Adler one of the main highlights.

Read up on the Call of Duty Warzone patch notes below.

The Hunt for Adler

Starting on April 22nd, the new “Hunt for Adler” limited-time event will task Operators with unique in-game challenges in both Black Ops Cold War and Warzone to learn of Adler’s whereabouts. Complete these Intel Challenges to unlock Event rewards, including Weapon Charms, Calling Cards, a new Operator Skin, and more. You can find more details about this event in the Seasonal Event tab on the main menu between Play and Weapons once Season Three kicks off in Warzone. Once you’ve completed a full set of challenges in either Black Ops Cold War or Warzone over the course of the event, you’ll unlock an exclusive Adler skin for use in both games!

The situation in Verdansk has hit a critical level. Armistice Central Command will be communicating directly to all Operators with further instructions.

NVIDIA DLSS is now available in Call of Duty®: Warzone on PC

End of game open mic has been turned off for modes with infinite respawn mechanics.

Player rank will now display the correct rank icons in the After-Action Report.

Loot that spawns across Verdansk has once again been updated…

Only Legendary Weapons will spawn as Blueprints

Sticking a player with Semtex will now always down them.

Added Mono Audio to the Volume settings in Audio Options

Enabled: Left and right audio channels are combined into one channel

Fixed a bug with most Cold War barrels where Hip Spread and ADS Idle Sway were being increased when they should not have been.

Fixed a bug with some ZRG 20mm optics that disabled the ability to hold breath.

Fixed a bug where some loot would drop in close proximity on death.

Fixed a bug where if the player is downed while switching to a gunner seat, they would become invisible and/or invulnerable.

Cold War weapons have had their ammo names updated.

The FFAR 1 crosshair has been updated to match other Assault Rifles.

Tier 15 of the Battle Pass.

Tier 31 of the Battle Pass.

Using SMGs, get 3 kills without dying in 15 different matches.

Recoil pattern has been adjusted

The recoil pattern on the Cold War AK-47 had made its downsides far more apparent than its upsides. We have smoothed out its recoil to make it easier to control. If you are accurate, or skilled at recoil control you will now find the Cold War AK-47 quite effective at most ranges.

Minimum damage increased from 25 to 26

Maximum damage decreased from 33 to 31

Recoil pattern has been adjusted

As a fast-firing AR with relatively strong recoil, we felt there was too much of an identity overlap between the FARA 83 and the FFAR 1. We have smoothed out its recoil and pushed its damage profile out to be a more viable mid-long range AR option.

Maximum damage decreased from 30 to 27

Neck damage multiplier changed from 1.1 to 1

With high damage, rate of fire, and a competitive mag size, the FFAR 1 has enjoyed a lengthy reign of terror on the short-to-mid range engagement space. When a weapon is so ruthlessly efficient that it pushes the entirety of a weapon category out of viability, it needs to be addressed. The FFAR 1 will remain a respectable option following this change, but it should now be a playstyle preference rather than a loadout necessity.

This change is more of a precaution. We expect in the absence of the FFAR 1, that the Groza would rise to take its place. While there will always be a ‘meta’, we want the meta to exist in a TTK range that is a bit higher than where we are currently. In that regard, we believe the Groza was a bit of an outlier that, much like the FFAR 1, could have been detrimental to weapon diversity. Bringing the Groza down a notch should allow for some healthy competition in this weapon category.

Head damage multiplier changed from 1.4 to 1.5

Neck damage multiplier changed from 1 to 1.3

The Krig 6 has long been overshadowed by other all-stars in the AR category. We believe this change will allow for a more competitive Time to Kill given the shots are well placed.

Neck damage multiplier changed from 1 to 1.2

The QBZ-83 is a unique weapon that trades overall lethality for mobility. We aim to provide players with the tools to support a multitude of interesting playstyle options. Our goal is that with the right attachments, skillful maneuvering and rotations will be a hallmark of the QBZ playstyle. We have also given it a much-needed nudge in lethality if you can manage aiming and moving simultaneously.”

This is another precautionary change to promote diversity. The Mac-10 is both popular and fun to use. Part of what makes the Mac-10 feel fair to play against is that its upside feels comparative to its downside. That is where player skill comes in. Knowing when and what weapon to swap to during an engagement is a facet of skill expression we want to highlight whenever possible. While this change only brings the Mac-10’s Time to Kill up by about 10%, we think this is a good place to start to encourage exploration in the SMG category.

Time between bursts increased by 33%

Neck damage multiplier changed from 1.8 to 1.3

Time between bursts increased by 10%

Neck damage multiplier changed from 1.8 to 1.1

The Cold War Tactical Rifle Charlie and the M16 were able to reach rates of fire that allowed the wielder to negate a requisite identity pillar of burst rifles—accuracy. With their extreme rates of fire and generous burst pattern, shots were not required to be well placed. You would inherit the high damage profile and range of burst rifles with minimal downside. With this change, and the change to Fire Rate barrels noted below, you will now need to aim deliberately if you intend to kill quickly.

And… we are keeping a close eye on the AMAX. No king rules forever.

Position Concealment will reduce the time your position is visible on the compass and minimap after firing. This effect has been added as a pro on both the Flashguard and SOCOM/KGB Eliminator.

Increase to rate of fire reduced by 58%

Increase to rate of fire reduced by 56%

Increase to rate of fire reduced by 66%

Increase to rate of fire reduced by 64%

Increase to rate of fire reduced by 61%

Increase to rate of fire reduced by 59%

Minimum damage reduced from 23 to 19

Minimum damage reduced from 19 to 14

This only affects the weapon when both the Sorokin 140mm Auto and the Akimbo attachment are equipped simultaneously.

The Sykov, when equipped with any permutation of the Sorokin 140mm Auto has been far more lethal at range than we would prefer. When secondary weapons can go toe-to-toe with, or even best a primary weapon consistently, we risk streamlining access to one of the most powerful Perks in the game—Ghost. While we continue to examine the impact that Ghost has on gameplay, providing easier access to it with negligible downside is not something we want to enable.

Flashlight is now visible during hip-fire and ADS

We have begun the iterative process of tweaking values on attachments. We would like the diminution of weapon downside to be a build direction rather than a single attachment choice. As it stands, we feel most attachments need to have their values addressed in some regard to achieve this. We are hoping to make some previously nonviable options less so in addition to widening overall build variety. This may include increasing upsides or downsides on existing attachments. We are also actively looking at how we can create more compelling choices within the confines of attachment categories—chiefly, muzzles like the Monolithic and Agency Suppressor.

Given the magnitude of balance changes in this patch, we may make some adjustments shortly after Season 3 launch to ensure the meta is healthy and stable. As always, please continue to provide your feedback!

We’ve adjusted Roze in order to improve the Operators readability/visibility where sources of light are available.

We have a fresh dose of new Store Bundles launching alongside Season Three, including some seriously sinister new villains, as well as Tracer Packs, Mastercraft and Reactive Weapon Blueprints, and more.