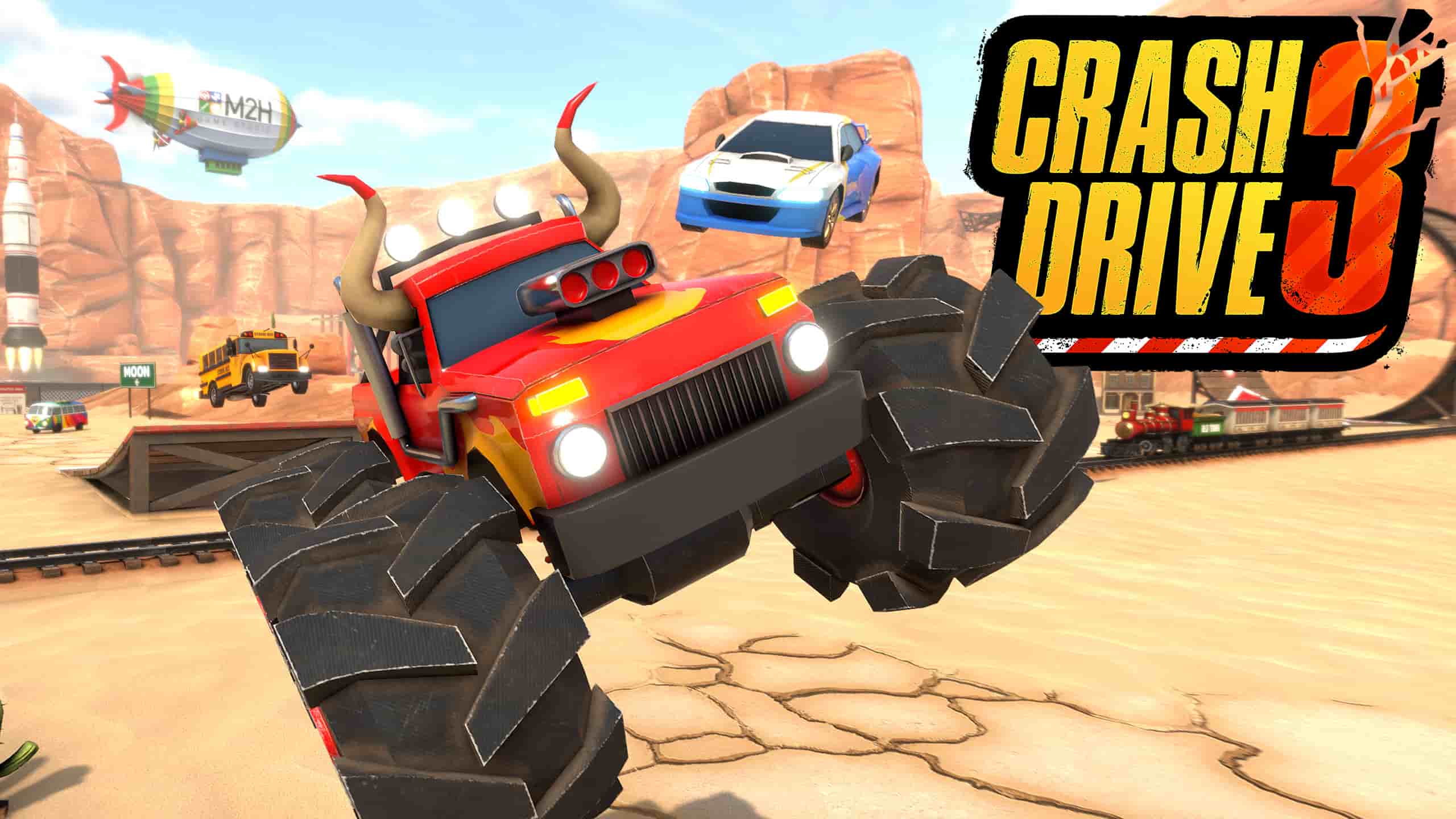 Open-world stunt racer Crash Drive 3 is officially hitting PS5, PS4, PC, Nintendo Switch, Xbox Series X/S and Xbox One on July 8. The best bit? Cross-Play will be supported for all formats at launch!

Crash Drive 3 allows players to hop into the driving seat of all manner of vehicles for some manic free-roaming gameplay, including monster trucks and tanks. Set in a sprawling open-world, Crash Drive 3 accommodates online or single-player shenanigans, as you level up, take part in events, hoover up cash rewards, and unlock new vehicles.

The game features five different areas to explore, taking you from sun-soaked deserts to the chilly arctic — even the moon makes an appearance. Regardless of where you end up, stunt opportunities are always just around the corner, thus earning you cash to unlock upgrades and goodies such as antennas, license plates and more.