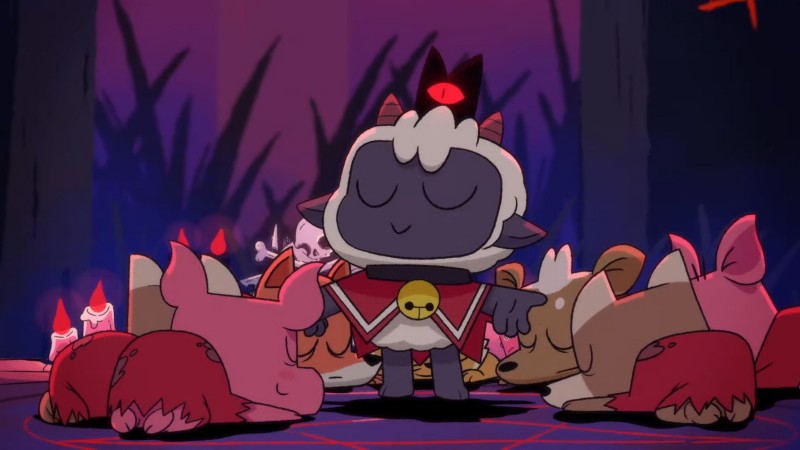 Devolver Digital and Massive Monster have announced that Cult of the Lamb will be bringing its unique brand of cutesy dungeon crawling to PS5, PS4, Nintendo Switch, Xbox One, and Xbox Series X/S in 2022.

The game was previously announced for the PC, and will now receive a console release at some point this year. A concrete release date has yet to be unveiled.

Cult of the Lamb sees you controlling a possessed lamb that has been saved from annihilation by stranger, and must now replay their debt. Naturally, this is done by establishing a loyal following in your saviour’s name, which means you have to build up a cult of false prophets, visiting mysterious regions as you seek to build a loyal community and spread the Word.

Train your flock and embark on a quest to explore and discover the secrets of five mysterious regions. Cleanse the non-believers, spread enlightenment, and perform mystical rituals on the journey to become the mighty lamb god.