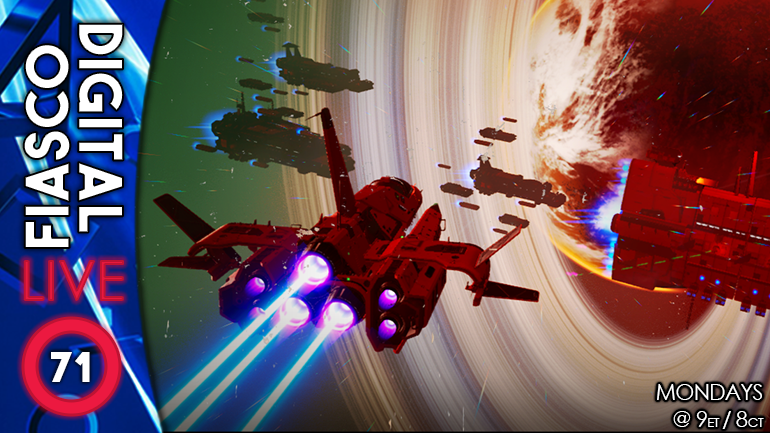 Just when you thought it was safe to uninstall, Hello Games drops a unique update into No Man’s Sky and completely scuttles Jack’s holiday gaming plans.
Hosts Dandr0id and Jack McBastard have rounded up all the week’s gaming news and rumors, and provide instant feedback via chat in real time! We’ll answer your questions, we’ll take your comments, and we’ll agree with you that Alpha Protocol is awesome, at least for now. (We’ll also talk about Xbox, Nintendo and PC gaming. Don’t judge).

See our channel at twitch.tv/digital_fiasco, or tune in live on Mondays at 8pm Central!