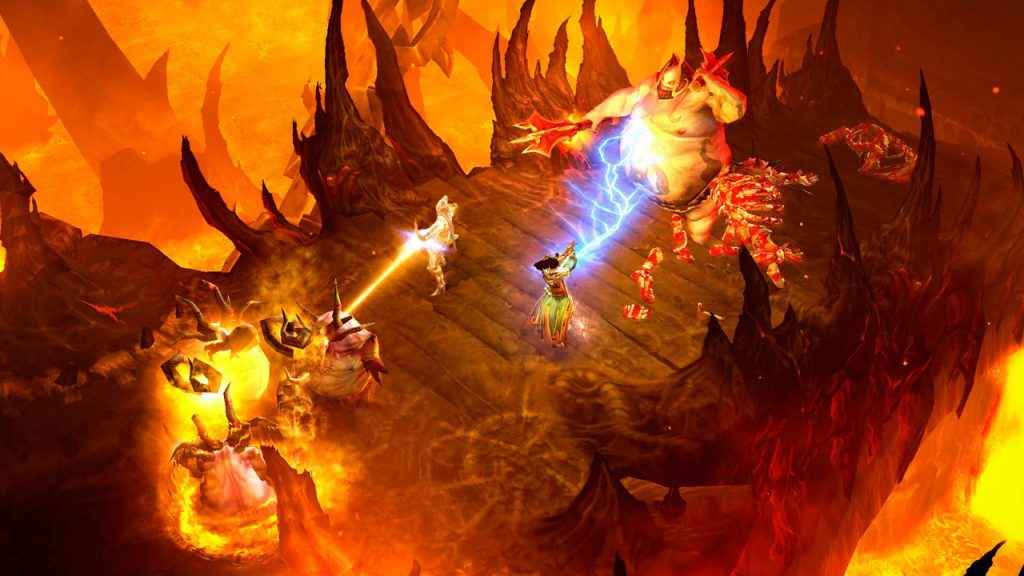 That’s according to various Blizzard employees, past and present, who discussed the not-so secret sequel to 2012’s Diablo III in a recent report published in Kotaku.

Project Hades: A Souls-Like Set in the Diablo Universe

Codenamed Hades, plans to take the series in a bold new direction came in the wake of Blizzard’s decision to cancel a planned second expansion to Diablo III.

The goal was to trade the traditional RPG elements (including the isometric perspective) of past titles for the punishing, third-person dungeon crawling mechanics of From Software’s legendary Dark Souls franchise.

So different would this have been from the Diablo’s of the past, in fact, there was some discussion about calling the final game something else entirely.

However, in 2016, the perception amongst Blizzard management was that project Hades simply wasn’t “shaping up”. Which led to the game’s cancellation and a reallocation of resources.

Thus, some of the team were asked to assist with the development of Rise of the Necromancer (a character-class add-on for Diablo III), while others began working on a new game, provisionally titled Fenris.

Fenris being the current incarnation of Diablo IV rumoured to be making an appearance at this year’s Blizzcon.

According to those in the know, Fenris aims to recapture the inimitable style of the earlier games; particularly Diablo II. Boasting a darker, grittier world absent of the more cartoonish elements of Diablo III as a result. And this approach seems to have paid off.

Kotaku reports that Blizzard higher-ups are both pleased and excited by what they’ve seen of the game over the past two years. Despite the fact that a few key questions remain to be answered.

First and foremost, it has yet to be decided whether or not Fenris will retain the third-person, over-the-shoulder camera angle originally envisioned for Hades, or if the game will return to the traditional isometric perspective of previous entries.

Additionally, Blizzard is currently toying with the idea of introducing “light MMO elements” – the Diablo equivalent of Strikes, for example – into the established formula; weighing up the pros and cons of a simultaneous PC and console launch; and considering how best to generate reliable streams of revenue once the game is released.

Aside from the intriguing revelation that Diablo IV started life as a Souls-like, the original Kotaku article provides plenty of information on various other related topics. Diablo III’s cancelled second expansion, for instance, and why the developer chose not to mention Diablo IV by name at Blizzcon 2018. It also sheds light on recent concerns within Blizzard over Activision’s growing influence on its projects.

It’s well worth a read, whether you’re a long-time fan of Diablo, Blizzard, or the industry itself.