Codemasters has given numerous hints on social networking sites that a new entry in the DiRT series is on the way.

Speaking on the official DiRT Facebook page, the studio put out this message: 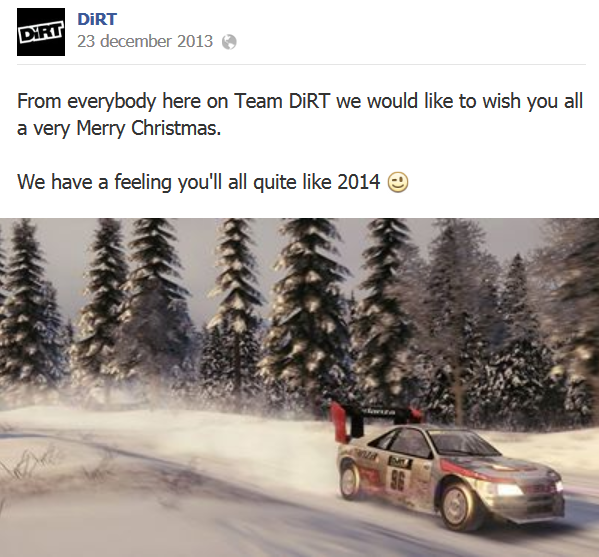 Then on Twitter, the company responded to a tweet, which gave off a strong hint that DiRT 4 is indeed in the pipeline at the U.K.-based developer. The tweet said, ‘Fingers crossed RT @W4Ts0n916: @dirtgame let’s hope you announce Dirt 4 in 2014’.

There is also more evidence since a rallying fan blog tweeted ‘All you need is dirt, la la la la laaa…’ to which Codemasters responded ‘DiRT is all you need’ and then the following conversation ensured: 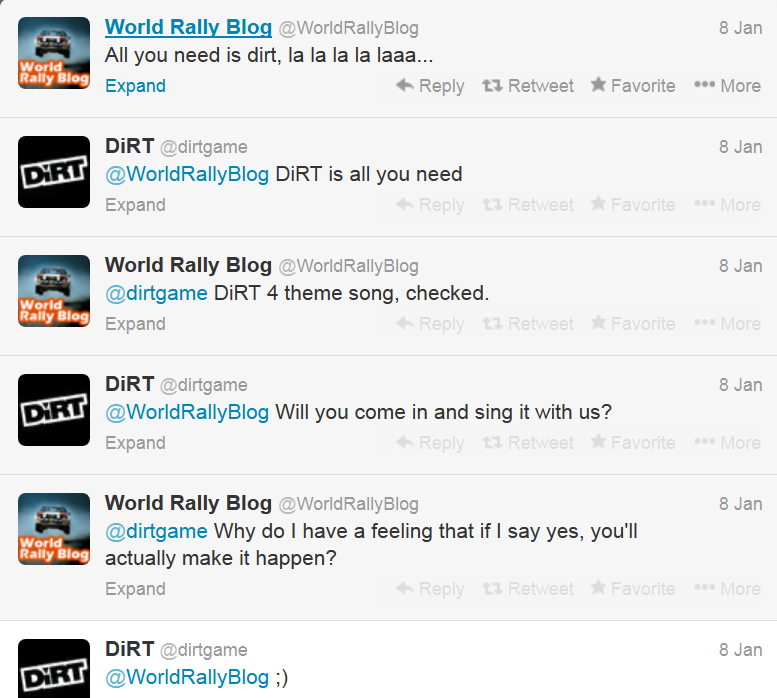 It’s looking pretty likely that Codemasters is getting ready to release a new entry in their rally series. The last game that came out was DiRT Showdown, which was released in 2012. Then again, maybe Codemasters is trolling on quite a big scale? Hopefully that isn’t the case.