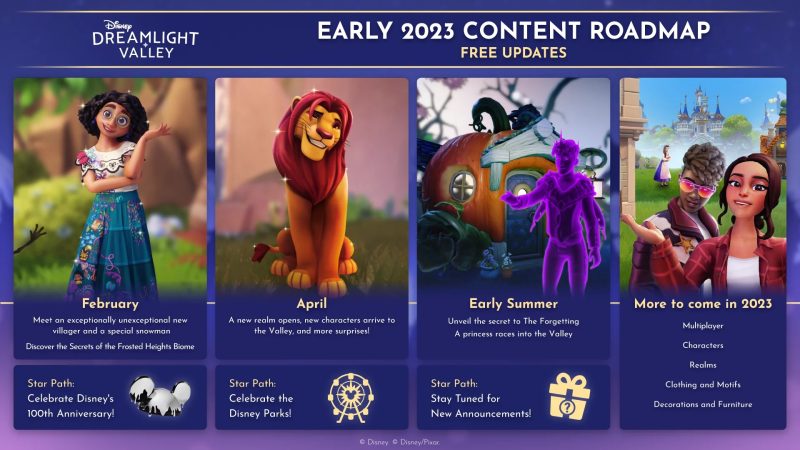 Disney Dreamlight Valley players should be happy to see that developer Gameloft has finally unveiled its roadmap of content for early 2023, with a look at two new characters, a tease at a new area, and an indication of future features to come like multiplayer.

First up will be the addition of Encanto’s own Mirabel, and Olaf from Frozen, set to release sometime in February. Then in April we’ll catch up with Simba, and see a new region added to the game.

Beyond that in early summer, players will be able to “unveil the secret to The Forgetting,” though what that really means is yet to be seen.

Then later on in 2023 we’ll see Gameloft add features like multiplayer, along with of course new characters. realms, and other cosmetics.

Is that a roadmap we see?

Early 2023 is shaping up to be HUGE for Disney Dreamlight Valley and we can't wait to share the magic with you!

Stay tuned for more details on Update 3 coming this February✨

“Update 3 will release in February, welcoming two new friends we know you’ve been buzzing about, while also celebrating Disney’s 100th Anniversary in a new Star Path.” said Gameloft in a blog post about the roadmap.