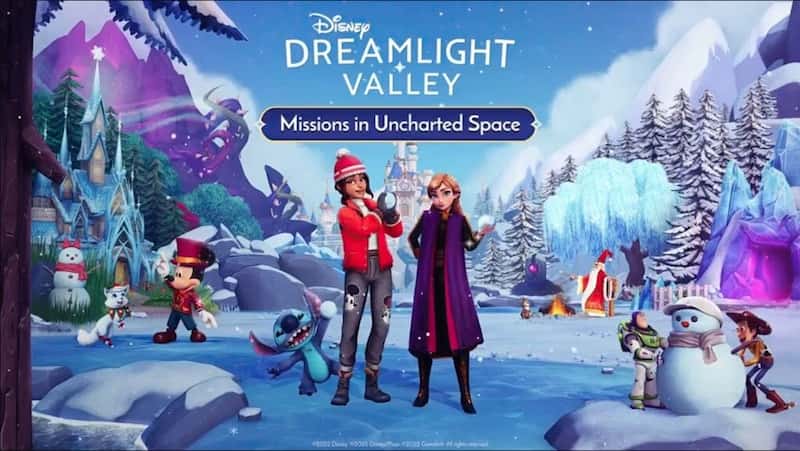 Gameloft has revealed more details regarding the upcoming Disney Dreamlight Valley Toy Story update, which is dropping on December 6, 2022 and brings new content based on Woody and Buzz Lightyear’s popular series.

Beyond that however, the studio has now revealed that the Toy Story update will also add Stitch to the game as well as fresh outfits for NPCs.

In addition, the official Disney Dreamlight Valley Twitter account has shared an image of some of the other content joining the game as part of the new update, which features Mickey Mouse in a top hot and Merlin in a Santa costume. This points to time-limited seasonal costumes for NPCs, or possibly the ability for the player to customise NPCs themselves.

Disney Dreamlight Valley’s Toy Story Update is known as Missions in Uncharted Space, which references one of Buzz’s toy voice clips in the first Toy Story.

Disney Dreamlight Valley was released in Early Access for PS4, PS5, PC, Nintendo Switch, Xbox Series X/S and Xbox One back in September 2022.