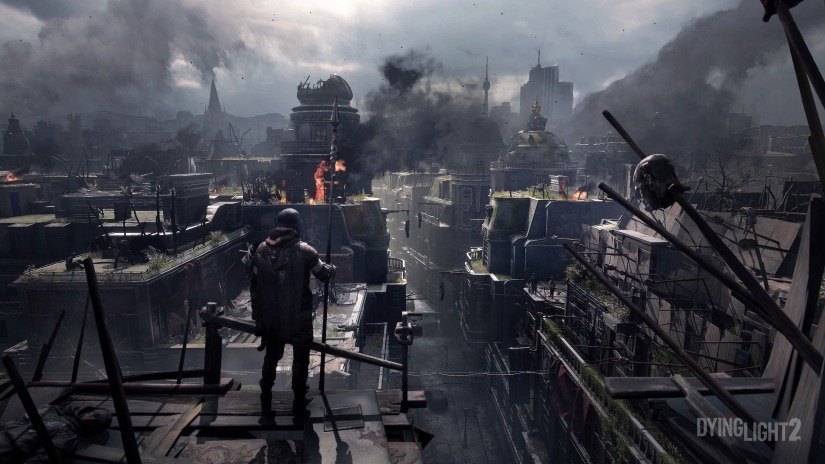 Though we have heard precious little about Dying Light 2 since its initial reveal at E3 2018, some new details are now starting to trickle through ahead of its release sometime later this year.

In an interview with Gamesradar, developer Techland has shed some light (sorry) on the various new zombies types you’ll encounter as you stab/shoot/explode your way through the game.

Speaking in the interview, lead game designer Tymon Smektała went into some depth on the dead baddies that are being packed into Dying Light 2, and crucially how the new infected cycle leads to the zombies in the game effectively evolving, in a sense:

“The infected start as a Viral, which is someone who just got bitten and just got infected, so they still show traces of humanity, and at this point they are very quick, very dangerous – they avoid the sun at all costs. But after some time in that state, they turn into what we call Biters, which are your regular zombies; slowly moving infected that, if able, will try and grab you and infect you or eat you, but the sunlight is dangerous to them, and they are not as quick and as agile as the Virals.”

Brilliantly, the environment also plays a role in how these zombies (Biters) effectively evolve. For example, if Biters find themselves under the sun or a UV light for a lengthy period of time, they’ll turn into Degenerates; crumbling, husk-like zombies that are fragile and easy to take down, though still troublesome in large numbers.

Conversely, extremes exist at the opposite end of the spectrum, too. Volatiles, are described as ‘extreme night predators’ who only come out during the darkest nights, but yet in doing so, their nocturnal habits have made them supremely strong to the point that as an enemy, they are almost impossible to overcome.

All in all, Dying Light 2 is starting shape up rather nicely – and if you don’t quite remember what the game looks like, you can catch back up with the E3 2018 trailer below.

Published by WBIE and developed by Techland, Dying Light 2 is set to release on PS4, PC and Xbox One sometime later in 2019.