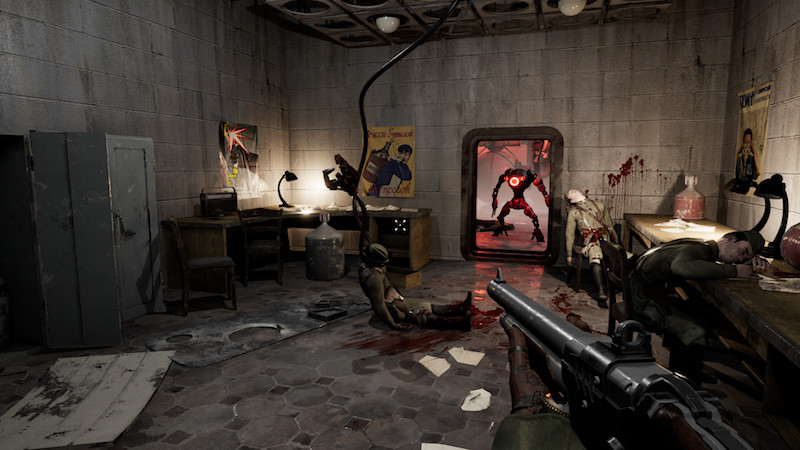 While this means we can reliably expect all the usual visual bells and whistles that one might expect from a next-gen upgrade, Mundfish told IGN that they were most excited by the fact that Atomic Heart on PS5 and Xbox Series X will have no loading screens whatsoever, stating:

“Our game will have no loading screens due to [the] fast SSD. Next-gen hardware also provides an exclusive opportunity to fulfil our artistic vision and deliver our game with stunning visuals with no downgrading, which was absolutely essential for current gen.”

In addition to the revelation that Atomic Heart would be PS5 bound, Mundfish also took some time out to begin peeling away the layers of Atomic Heart’s mysterious and as yet, unrevealed plot.

“The game kicks off when robots start attacking people.” Mundfish told IGN. ‘P-3 will have to investigate what has caused all these events and deal with what (or who?) is behind all of this.”

Ok so it’s probably a safe bet that ‘P-3’ is the player character and the whole robots turned killer robot plot is hardly groundbreaking, but it does seem there’s still a lot more going on under the surface than what the somewhat trite plot descriptor prescribes at this juncture.

As yet, Atomic Heart has no PS4 or PS5 release date. You can however satiate some of that thirst for this stunning looking horror FPS by taking a glimpse at a new boss battle video, courtesy of IGN, below: