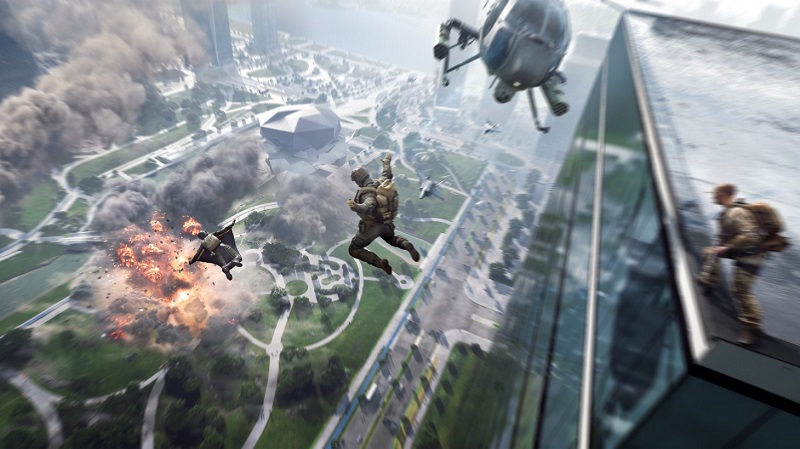 Battlefield 2042 is set to release in early access tomorrow, November 12, 2021 for those who pre-ordered a particular version of the game, and early reviews for PC even seem to suggest the game will be launching in quite the state, EA has even gone so far as to list all the known issues for Battlefield 2042.

The news comes from website MP1ST who says that the list was provided to them by EA. Now of course it should be noted that it’s not the worst thing in the world for a game to have bugs, but they just can’t be ones that break the game or make it actively unplayable.

Still, since most reviews out now are based on the PC version of the game, it’ll be interesting to see how the console version holds up against it.

You can check out the full list of known issues for yourself, right here:

● All Platforms – We have identified some server instances of rubberbanding when the
big silos on Breakaway are destroyed*
● All Platforms – On the mode Breakthrough, players will be unable to spawn on B1 while
it is contested*

● All Platforms – Bridge destruction states have a tendency to desync if the player joins at
a late stage in the round*
● All Platforms – On the mode, Breakthrough, players will be unable to spawn on B1 while
it is contested*

● PC, Xbox Series X|S & PlayStation 5 – There are some rare instances of visual
flickering while playing on Discarded*

● PlayStation 5 – Within the Weather Station on Manifest, while the building is in a
destroyed state there are rare instances that can cause severe flickering of our lighting
systems, which has the potential to trigger those with Photosensitive Conditions*

● All Platforms – We are aware of some miscellaneous issues causing players to become
stuck within world geometry*
○ Several of these are being fixed for a patch after launch, please continue to
report any scenario where you get stuck in the maps!

● All Platforms – In some situations, Bots are unable to revive downed players*

● Battlefield Hazard Zone – When starting a second round, unlocks from the previous
round are triggered during the intro sequence*

● All Platforms – When returning back to the main menu after a match, Specialist’s
textures may be slow to load*

● All Platforms – The rank displayed in the bottom right of the Main Menu does not always
update with the player’s actual rank achieved after an Online session.
○ We’re working to resolve this issue and will follow up with further updates at a
later time.

● All Platforms – Weapon Skins are unlocked but will show an incomplete progress bar
until the game has been restarted*
○ Restarting the game will fix this for you, however a fix has been made for an
upcoming update.

● All Platforms – The “Fly Not Ye Cowards” Playercard Art unlock objective is currently
incorrect, you will need to visit two locations on El Alamein, in the same life, to unlock
this*

● All Platforms – EMP Mine is currently incorrectly labelled. We will be renaming this to
EMP Grenades at a later date.

● All Platforms – Some skins are applying over weapon charms.
○ We’re working to fix this as soon as possible.
● All Platforms – The Mastery bar won’t show for hardware items until T5 is unlocked*

Misc
● All Platforms – On rare occasions, vertical aiming in a vehicle can be inoperable upon
vehicle entry*

● All Platforms – Some vehicles may not have controller vibration when used*

Gameplay:
● All Platforms – Parachutes sometimes remain open, even after the player has landed.
○ This will be improved upon in an upcoming update.

○ While we are working to resolve this in an upcoming patch, players can bypass
this by selecting their chosen Specialist with the spacebar.