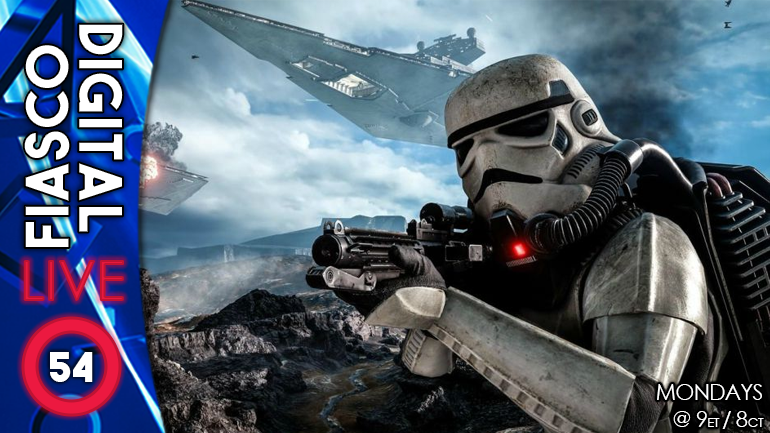 
“Strike me down, and I’ll become more powerful… oh, you’re just going to strike me down again. Never mind then.”
– Obi-Wan Kenobi in EA’s Star Wars Ragtag/Orca. Probably. Hell, you’ll never see it so how do you know it isn’t?

Join us in the chat tonight on Digital Fiasco LIVE, and tell us what you think! Hosts Dandr0id and Jack McBastard will be rounding up all the week’s gaming news and rumors, and provide instant feedback via chat in real time! We’ll answer your questions, we’ll take your comments, and we’ll agree with you that Alpha Protocol is awesome, at least for now.