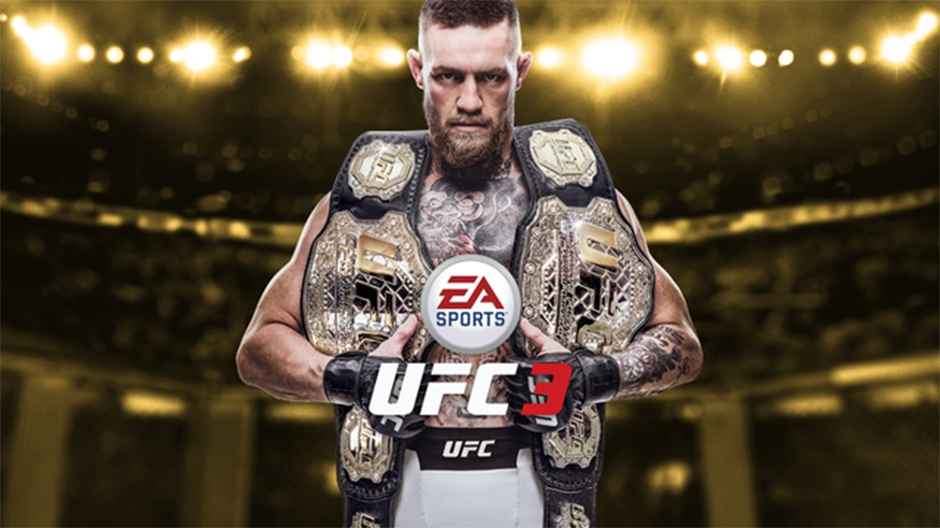 Frequently, aficionados of MMA (Mixed Martial Arts) like to compare their sport to that of boxing, in much the same way that one might equate Chess to Checkers. It's a comparison that is borne out by the facts too; in boxing your sole means of competing is by using only your fists, standing guard and utilising evasive footwork; whereas in MMA, you have many more avenues with which to engage your opponent; utilising not just your fists, but your knees, elbows, shins and feet, too.

That's to say nothing of the labyrinthine grappling and ground game that the sport encompasses either; where combatants are able to clinch, throw, slam, trip and drive their foe onto the ground before attempting to end the contest with ground and pound strikes, or a limb-wrenching submission hold. Ultimately though, it's in the sum of its parts, where all these seemingly disparate elements come together that MMA earns its comparisons to Chess, as combatants must strategize their way to victory through an innate understanding of how best to use the offensive and defensive tools at their disposal.

As such, translating all of the violent nuances and near infinitesimal opportunities for violence that any given MMA contest can generate is no easy task for any developer to replicate in a video game. Nonetheless, based on the evidence of the beta for EA Sports UFC 3, EA may have managed to do just that albeit with some shortcomings which really need to be addressed in the final product.

In the beta, players have access to Practice, Online Quick Fight, the micro-transaction-heavy UFC Ultimate Team and Fight Now modes, with the latter offering us the most immediate way to dive into EA Sports UFC 3 in order to ascertain what has changed in EA's MMA threequel. With the pick of the UFC's lightweight division to choose from, including such elite scrappers as current champion Conor McGregor, top contender Tony Ferguson, former champion Eddie Alvarez and many, many more, there are plenty of fighters to pick from in the beta for EA Sports UFC 3.

After picking Conor McGregor with current real-life rival Tony Ferguson set as my opponent, it was here that I was able to see just how substantial the strides are that EA have made with the striking game in EA Sports UFC 3. Immediately the first thing you notice is that EA have really managed to capture how fighters use strikes to gauge the distance that exists between them and their foe. Here, using a pawing jab rather than a snapping jab to establish that range proves crucial in understanding where your opponent will be when you want to follow up that probing with a devastating hook, head kick or combo to the body.

Another improvement to the stand-up striking game is the newly pronounced feeling of weight that the fighters have. Whether you're ducking and weaving through a barrage of strikes, or, attempting to blast the opponent in the face with a head kick from your rear leg, all of it carries a bespoke heft that puts EA Sports UFC 3 one step closer to feeling like a true fighting simulation rather than just another arcade scrapper.

Dovetailing into the EA Sports UFC 3 experience are the additional visual options that PS4 Pro owners are able to choose from as they directly impact the feel of the game. Able to choose from visual presets that ‘favor resolution' or ‘favor performance', EA Sports UFC 3 simply feels much more responsive in the 60fps focused performance mode. Indeed, it not only provides an exponentially more satisfying fighting experience than the decidedly less responsive, 30fps higher resolution mode, it also serves to make EA Sports UFC 3 feel almost like a totally different game as a result.

Building on the grappling system that EA Sports UFC 2 brought to the table back in 2016, EA Sports UFC 3 provides players with extra transitions on the ground as well as additional holds and escapes with which can be attempted to turn the tables. As before, these various holds, escapes and transitions are all achieved by tilting the left analogue stick towards the action you want to take, with success arriving faster or slower depending on your stamina and the grappling expertise of your fighter.

Unfortunately however, whereas with the striking aspect of EA Sports UFC 3, you can improvise and fare better against a superior fighter, in the grappling department gulfs of skill become much more difficult to close. If for example, you're playing a striking based fighter such as Edson Barboza, who favors thudding leg kicks over grappling expertise, and you find yourself underneath a more seasoned grappler such as Tony Ferguson on the ground, it can prove almost impossible to get back up to your feet and attempt to turn the contest around.

Another area of the ground game that needs polishing up are the submissions themselves. Returning from last year's game is the same Octagon system where you have to push in the direction of the submission to block it or advance the hold, and like last year it's absolutely awful. The solution that EA have devised for EA Sports UFC 3 is a simplified submission system where you must simply tap (hammer, really) the on-screen button until you succeed. This too also sucks the big one simply because it goes too far down the other end of scale and ends up being too simplistic and demanding of much too little skill than it should. A decent submission system in an MMA game then is something that still eludes EA it would seem.

One area that EA gets totally and unequivocally right is, somewhat predictably, the presentation which underpins EA Sports UFC 3. With Jon Anik joining long time color commentator Joe Rogan in the booth, the fights all sound just like the real thing, with both Rogan and Anik intelligently calling out key moments in the match all the while interspersing that with useful factoids and entertaining banter.

The visuals too, have seen a massive uptick with fighters that look achingly close to their real life counterparts and which move with the all grace and fluidity that one would expect. Again, it's worth reminding that this beta was tested on a PS4 Pro which has exclusive access to the high performance setting which directly affects the responsiveness and fluidity at which the on-screen action unfolds. As such, to make it crystal clear, standard PS4 owners will receive a measurably inferior experience to PS4 Pro owners and it's a difference which is keenly felt in the game itself, rather than just in cosmetic terms.

It's also worth noting that while the UFC Ultimate Team mode is indeed present in this beta, I have chosen not to cover it simply because in its beta form, EA Sports UFC 3 is incomplete and as the micro-transaction furor surrounding Star Wars Battlefront II proved; everything is subject to change at a moments notice. If however this story is true, which alleges that EA has very much *not* let up on their pay-to-win ambitions for this mode, then you can definitely expect UFC Ultimate Team, and by extension EA Sports UFC 3, to be given the kicking it deserves.

So while EA’s third UFC licensed effort needs some work before its release in February 2018, the impression I got from the beta was that EA have largely succeeded in fashioning a simulated fighter that feels closer to the real-life UFC spectacle than ever before. All the same, there are a number of worrying things that need to be addressed, such as the flawed grappling and apparently greedy UFC Ultimate Team mode, in order for EA Sports UFC 3 to be ready for the main event.