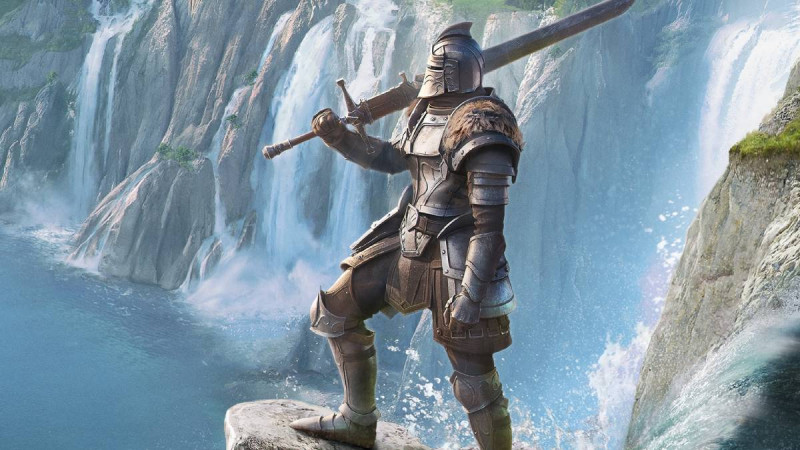 I had a week in total with the preview build, which proved to be more than enough to get a feel for the experience. The version I played was not the current build, so some elements were missing, but I was told this before starting my playthrough, which I played on PC.

One of the biggest challenges for MMO expansion’s is the new player experience. If you’re friends with someone who has been playing for a long time, then you decide to jump in because a feature of the expansion has you excited or whatever the reason is, for most MMOs this can be a major issue.

However, with The Elder Scrolls Online, content scales round your level and this expansion continues with this trend with a complete new starter area if you decide to start in this expansion.

The tutorial area really helps teach you the simple attack mechanics of the game and acquaints you well with the control system. In typical Elder Scrolls fashion you start off in a prison cell, before breaking out of the dungeon with your NPC friend, who then helps you get to what seems to be the main hub town of the expansion – Gonfalon Bay. 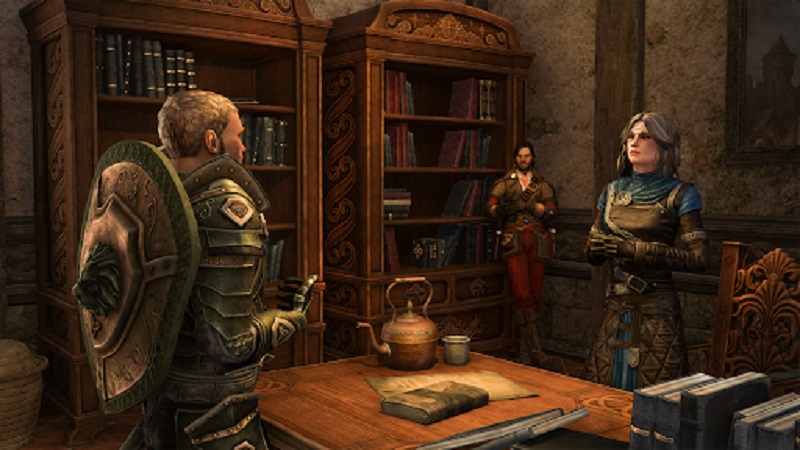 The Bay is a stunning location with various ships stationed at the dock, and the buildings all look incredibly stylish. Needless to say, I really enjoyed just walking around the town while taking in the atmosphere.

Not long after getting into the town, you learn more about the factions that are under attack, and this time around Bethesda has decided to pull away from the more cosmic/major threats in favour of more political undertones.

As such, the High Isles is a great expansion for those who want an expanded world and lore. The main focus of the expansion is the Bretons, and we’re promised that the core narrative will cover areas that haven’t really been touched on in previous Elder Scroll titles.

As you continue the main story, you will gain access to Anemos, a prison island in which the toughest criminals and scum are incarcerated.

Only accessible via boat, Anemos is probably one of the most visually-impressive areas ever made in the Elder Scrolls franchise, with its beautiful waterfalls and thick, lush jungles.

As always there are multiple different dungeons located round the map, that you can either visit yourself to conquer the dungeon or get taken to by different quests. I admit I tried one of the public dungeons the first time I saw one, and it kicked my butt till I changed my character’s abilities around properly, so prepare for a challenge. 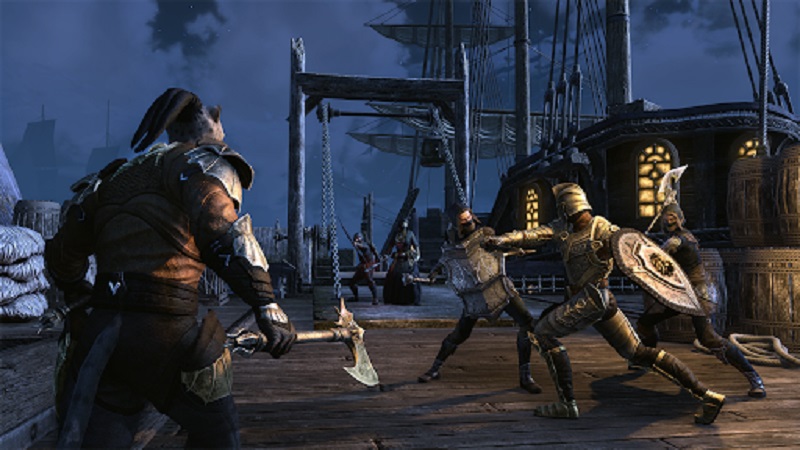 The Elder Scrolls Online has 12-player end game raid dungeons named Trials, which are tougher group content that involve multiple different boss encounters and even some secret encounters that you can find.

This expansion introduces the Dreadsail Reef. During my preview, I tackled the dungeon with a group of 11 players and frankly they hard carried me through the whole thing.

Having said that, it was an incredible experience and the dungeon was just stunning.

I will not say anymore about it because for some people working out mechanics and seeing the boss fights are some of the best parts of a new expansion. I will, however, say that it was heaps of fun – and a big thanks to the group who saw me through it! 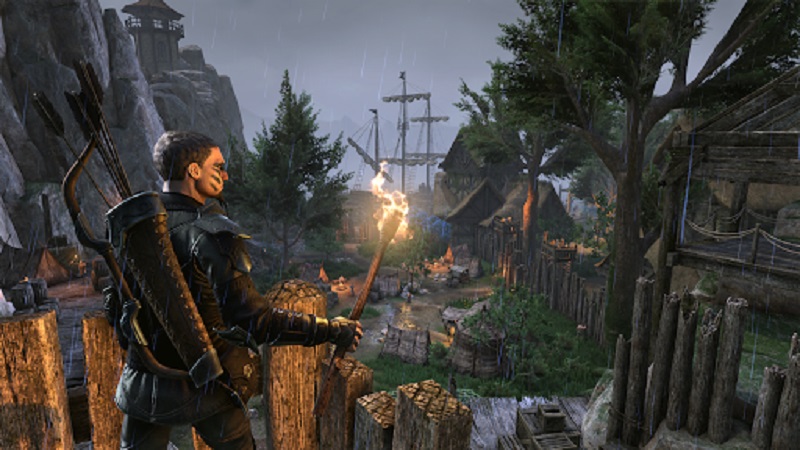 I’ll be honest: One of the biggest things that got me into playing this expansion is the new card game, Tales Of Tribute.

This will be absorbed into the Elder Scrolls Online main game and expansions as something that can be enjoyed from the start. As such, both new and old locations will have access to Tales of Tribute.

I spent quite a bit of time playing this new mode; it’s pretty complicated but the rewards seem very worthwhile for both new players and veterans alike.

To win a match you have to either have all four Patrons activated or have 40 prestige points. The Prestige points can be gained from doing different things such as from Patron effects, power or even from some cards.

You will start with four decks, and more decks can be unlocked from simply playing the game.

At the start of a match, both you and your opponent will select two patrons. These are buffs you will activate during the match by doing certain requirements. This is also a way to win the match by activating all four patrons. 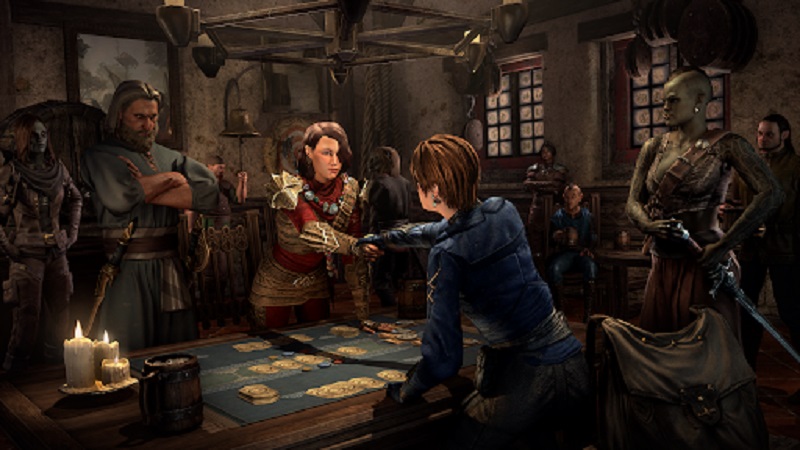 This sounds easy, but your opponent can activate the same patron which will then swap it from favouring you, to neutral (Favour is activated for the patron).

I found in the current build, which will be changed by the final release, that Sorcerer-King Orgnum is a very useful Patron to have selected on the field, and it has often led to some of my victories against both bots and players alike.

However, the current build does have some issues with the AI, and I am sure the full expansion will see them become more difficult. This will stop you from just spamming the same action over and over again.

Once you have both selected your Patron, then both your deck and your opponents deck are shuffled together, then you both draw 5 cards.

That shuffle happens because some cards can be earnt to expand your deck, and so that new players don’t have a major disadvantage over veteran players this shuffle feature should in theory help balance the field.

Now on your first turn you won’t be able to do too many different effects probably, but in the middle of the screen will be 5 different tavern cards. 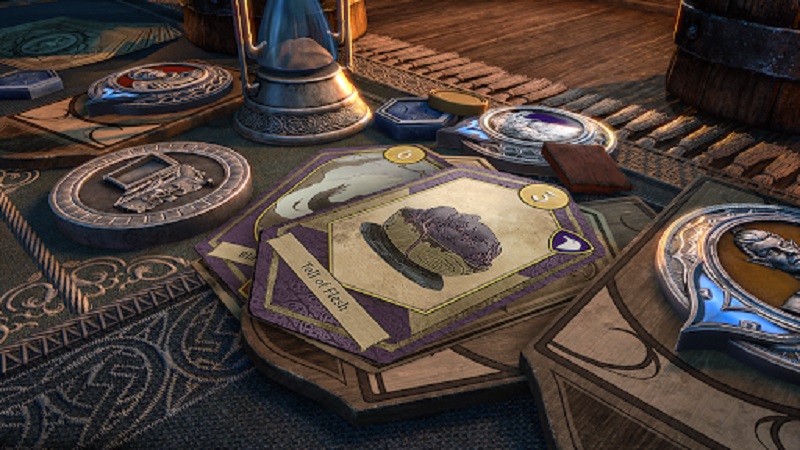 You can use the gold gained from any cards in your hand to purchase them, and they will be then added to your cooldown pile, or in some cases activated upon purchase.

This means that when you have used all the card’s in your deck, the cooldown pile is shuffled and put back into the deck and then you draw 5 cards again for your next turn.

I found my main strategy was to see what card suites I had, then focus on building around the ones that are in the tavern.

Because of how overpowered getting a free card is in most card games, I often go for the crow archetype when I can, because this card often combo’s giving both gold and an extra deck card.

I had one turn in which I drew my 5 cards, then with a combo from crow cards I got an extra 4 cards in total. I ended that turn with around 15 gold, so I had enough money if I wanted to buy pretty much all the tavern cards that were on the field at the time.

Though Tavern cards get replaced the moment you purchase one of them. 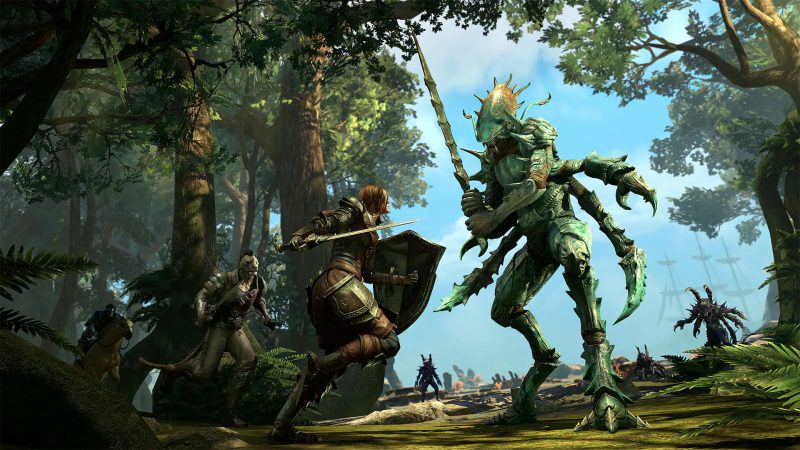 There are a few different card types as well, each with their own strategic advantage. Action cards will run the effect on the card, and are then allocated to your cooldown section, until it’s reshuffled.

Agent cards will stay on the field, which will give effects each turn, and stop your opponent from getting prestige points. However your opponent is still able to destroy the card, while it stays there.

Contract cards however are used as soon as they’re acquired at the tavern. They can be played at anytime, but once they’ve been used they’re discarded.

You gain rewards for winning matches, like crafting items, potions, and emotes. You will also get some rewards for losing a match, though it will not be as much as winning, but this means even if a match goes badly, your time has not been wasted.

I put in about 25 hours into playing the expansion this week, and I feel like I have only scratched the surface on the content that will be included. I will admit quite a bit of those hours were card games, but I explored both islands, had a lot of fun with the main storyline and the Trial was a blast.

Players can hop into the new expansion themselves later this year, on June 6, 2022.

Thank you to the publisher for making this opportunity possible.