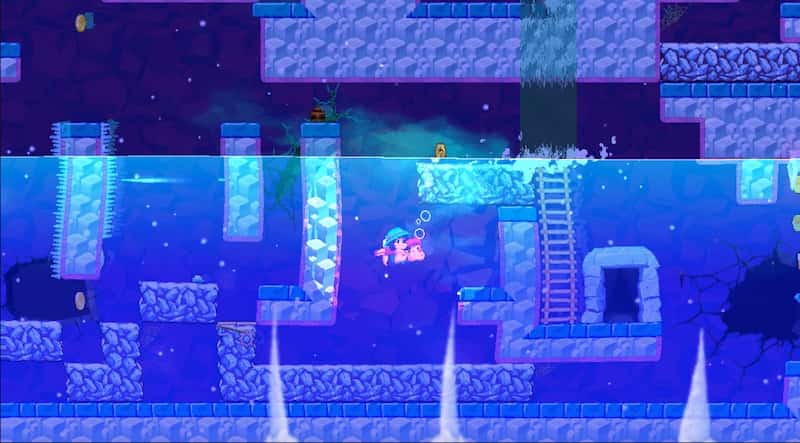 Firestroke and PolyCrunch have announced that roguelite platforming Falling Out is launching on October 6, 2022 for PS5, PS4, PC, Nintendo Switch, Xbox Series and Xbox One.

Described as a ‘light-hearted and accessible’ 2D roguelite adventure, Falling Out sees players exploring randomly generated temples solo or with a friend, although you’ll have to be quick — the temples flood after a while, so you’ll have to grab when you can find and make haste to the exit.

Along the way you’ll decode blueprints, hoover up scraps and buy objects to build weapons and items to help you battle against the various ghastly ancient creatures that populate the dungeons. There’s also a randomly generated pyramid open for 24 hours for everyone to explore, and the slow-mo replay allows you to relive our most memorable moments.

Take control of two accidental adventurers, as you explore ancient kingdoms, discover treasures (be careful of the traps!) and bump into the equally lost shopkeeper, Azar. Collect items to craft weird weapons and useful objects that will help you traverse the world in this unplanned escapade.

Falling Out will launch on October 6 on PS5, PS4, PC, Switch, Xbox Series X/S and Xbox One.