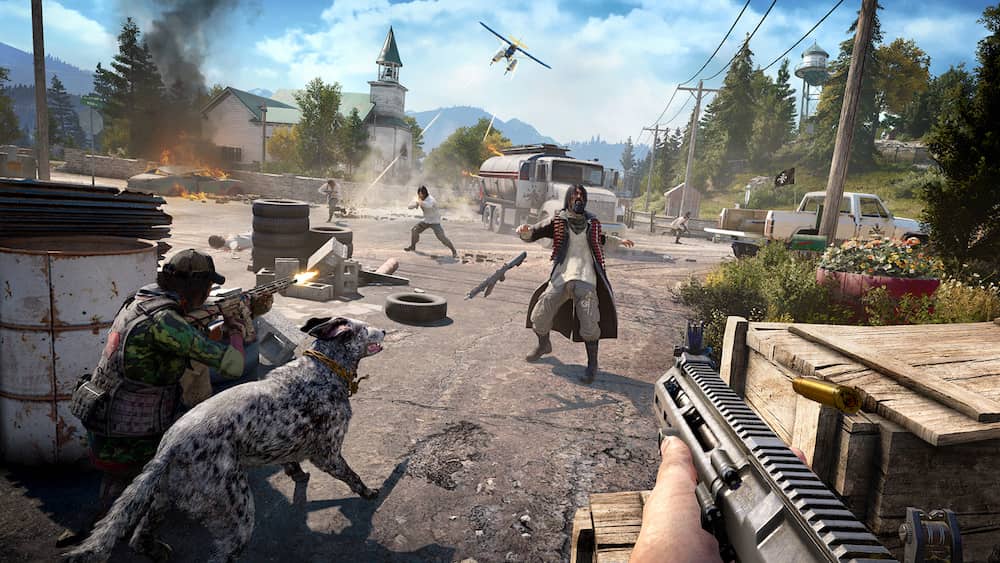 Ubisoft has unveiled the Far Cry 5 update 1.16 patch notes, which is now available to download for PS4, PC, and Xbox One. It probably comes as a bit of a surprise considering the game has been out for over three years now, although as you might have expected, it doesn’t really do an awful lot.

Read up on the Far Cry 5 patch notes below.

Far Cry 5 was released for PS4, PC, and Xbox One in March 2018, and you can have a butchers at our full verdict on the open-world action-adventure game here.

Ubisoft is currently working on Far Cry 6 for PS5, PS4, PC, Xbox Series X/S, and Xbox One, which is slated for an October 7, 2021 launch. DLC for the game will allow you to play as various antagonists from the series, including Vaas, Pagan Min, and Joseph Seed.