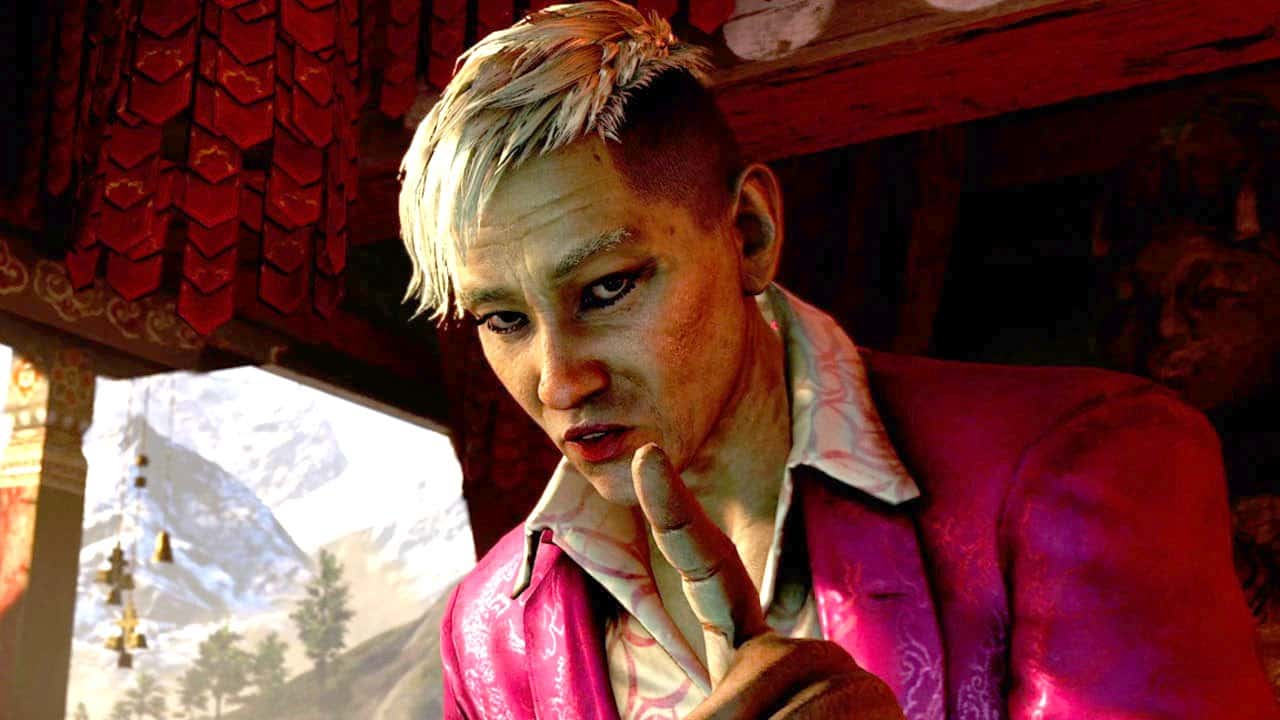 Ubisoft has staple-gunned a January 11, 2022 release date to Far Cry 6‘s Pagan Min DLC, and is the second slice of content released as part of the game’s Season Pass.

Pagan Min was the antagonist of Far Cry 4, where he was portrayed by Troy Baker. The DLC is set to see players explore Min’s ‘troubled psyche’ and is inspired by the roguelite genre.

Players will embody Pagan Min, the iconic villain from Far Cry 4, in a brand-new experience inspired by the roguelite genre taking place in the depths of the villain’s troubled psyche.

Blending intense action and storytelling, Pagan: Control will provide a unique opportunity for players to explore Pagan’s mind, learn more about his past, and face off against familiar faces as he struggles to break free from his cycle of guilt and regrets.

Far Cry 6 players previously had the chance to revisit Far Cry 3’s Vaas in a previous DLC release, and the third chapter will explore Joseph Seed, who was the Big Bad of Far Cry 5.