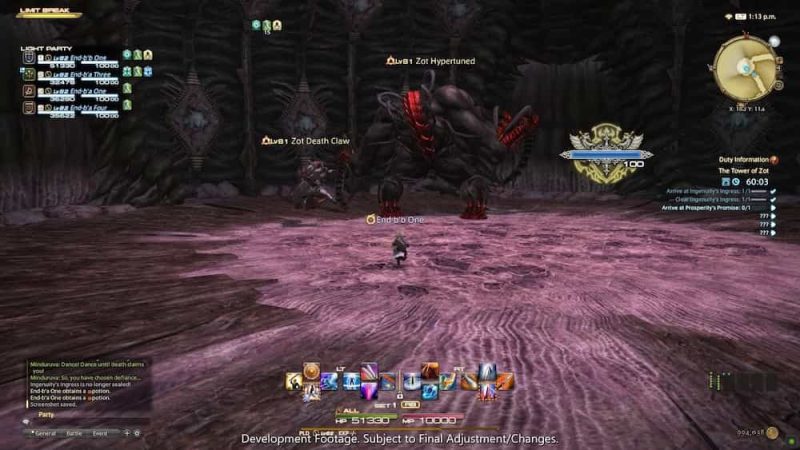 I was recently able to attend the Final Fantasy XIV Endwalker Media tour, during which I was able to get my hands on an unfinished build of the game. As such, my experience with Endwalker detailed in this article is based on an in-development build.

Along with visiting three different zones, I was able to enter the second dungeon of the expansion, with the first being locked off due to it being story-driven, so the developers wanted to make sure that there are no early spoilers. Considering FFXIV is a very narrative-heavy game anyway, it was a wise choice.

My hands-on with the dungeon starts with the scions and the party members entering one of the towers that have been erected all around Eorzea. For anyone that hasn’t beaten Shadowbringers, these towers are giving off an energy that is tempering local soldiers and other creatures in the vicinity of each tower. 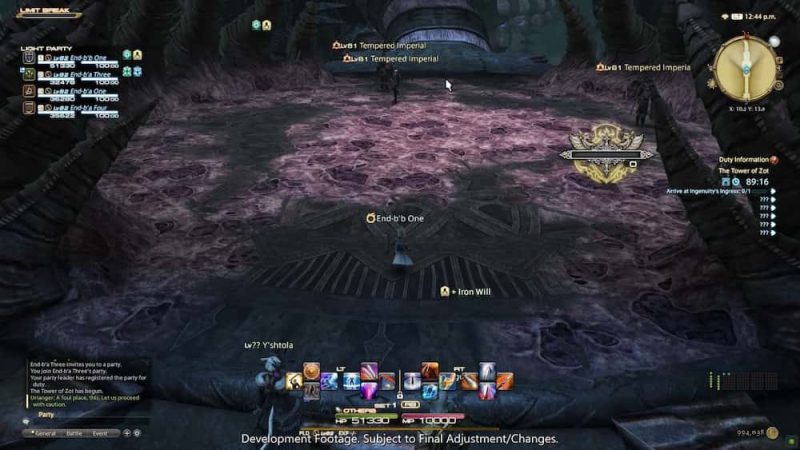 The dungeon starts with fighting some tempered garlean soldiers, moving slowly up the tower; eventually the scions will leave you down a separate path. If I am honest, on my first attempt I was trying to see if I could follow them down the path thinking that I was supposed to be going that way. As tradition in dungeons, you will go through some enemies, and then after a certain amount of kills will arrive at a boss fight arena.

I will not spoil the boss itself, but will say the fight feels a lot tougher then previous dungeons that I have attempted in the past. In particular, when compared to most of the starter dungeons, it really feels like a step up in difficulty. This could be because I was placed in a level 90 job and didn’t have much time to get used to my new rotation, but I feel there is more movement and mechanics especially on the first boss.

However, I felt like the second boss was much easier than the first encounter, and as such I expect the first boss will get a minor nerf before release or maybe the second will be buffed.

After the first boss, the dungeon gets more horrific, with players encountering demoniac blob-looking creatures as you’re fighting in what seems to be a flesh tunnel. It added a very creepy feel to the dungeon that I kind of enjoyed. It is one of the first times that they have gone this way with a dungeon that I can remember and I hope there will be more horror-based dungeons in this expansion.

As you start reaching the top of the tower, you end up fighting a trio of bosses, though for story reasons I do not want to say who they are right now but for anyone who has played FF4 you will probably know the names of the bosses already due to the dungeon being a reference to one in that game. I had a lot of fun doing this dungeon and was able to complete it with healer, tank and DPS.

However, while I was unable to beat it with trust, it did seem like the trust system has been improved so if you wish to complete it this way and not with other players, this is a completely valid option, albeit at the cost of some extra time on your part.