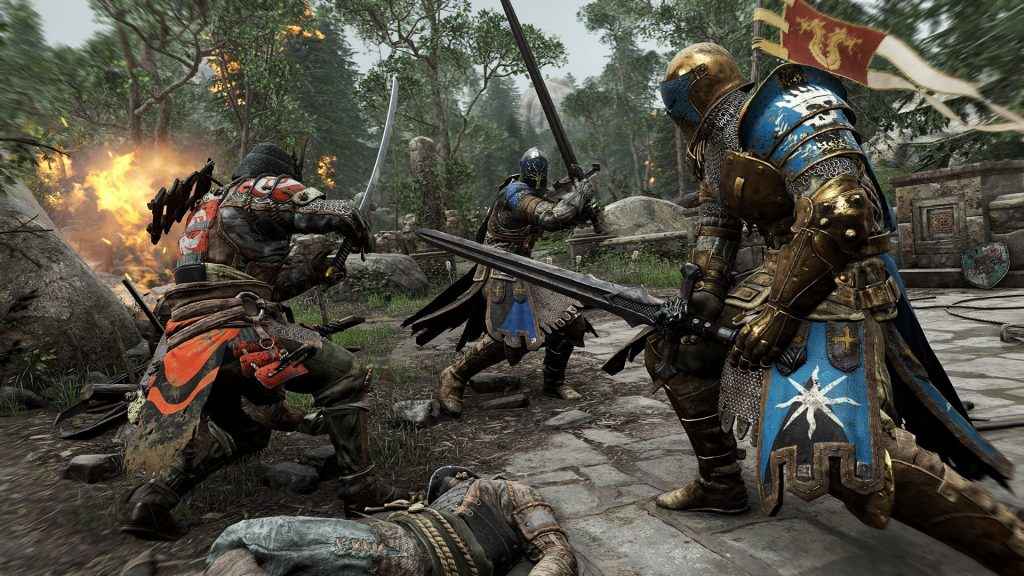 According to Ubisoft, Warden is intentionally a character built to appeal to new players through an accessible moveset. However, as Warden’s character’s progress in the game, he ended up relying too much on his TopLight and Zone Attack. They want Warden to get the whole moveset.

Another reason is they find that Warden’s Shoulder Bash and Guard Break move are only effective when enemies don’t roll away. Ubisoft wants Warden to fully utilize his Shoulder Bash to defeat opponents.

Before Warden’s rework, he cannot cause much threat when enemies roll away. His Shoulder Bash and Guard Break has no effect even if opponents would just simply roll, no attacks needed.

So for the Season 7 For Honor update, Ubisoft presents Warden’s new move, the Valiant Breakthrough. With this move, Warden can continue to give heavy hits even if enemies are rolling away, and finally deliver Warden’s Heavy Finishers. For Warden Valiant Breakthrough input, Forward Dodge then Heavy Attack.

Before the Warden rework, one can easily avoid Shoulder Bash just by rolling away. It is also difficult to make hits so Ubisoft gave a quicker version of Shoulder Bash in For Honor Season 7 update. Not only it would be difficult to avoid, it is also fully charged causing more damage.

You can now also cancel Shoulder Bash “much later into the charge.” They removed Warden’s ability to go directly in Guard Break after Shoulder Bash charge.

Warden’s Side Lights increased to 500ms from 600ms and damage is reduced. This is to lessen Warden’s predictability. Also, Warden can now deliver Heavy Finishers straightly after Zone Attack, Rushing Slash, and Valiant Breakthrough. This way Warden rework can uphold offense smoother.

So what do you think of For Honor Warden Rework? Share your thoughts here.