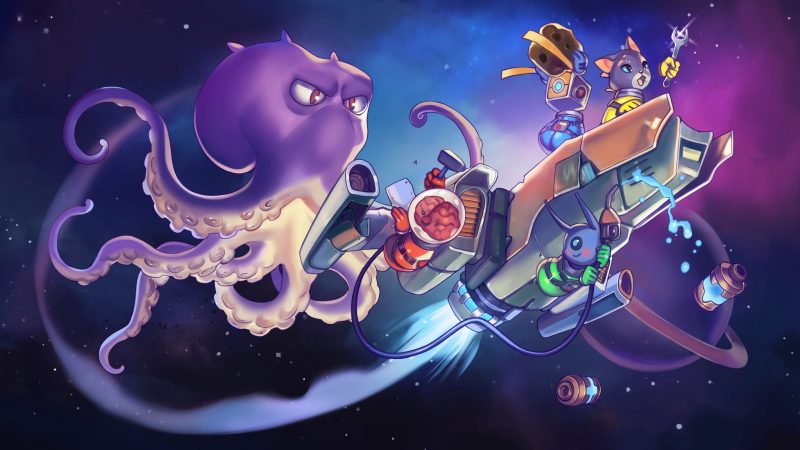 From developer Fireline Games, a new 1-4 player co-op title, Fueled Up, looks to be the Overcooked equivalent of trying to survive your average space voyage.

You know, the kind where a giant space octopus hangs off the side of your ship trying to destroy it.

It’s both local and online co-op, so you can gather on the couch for some classic co-op or continue playing online with others.

The mission for you and your crew is to fuel, fix, and recover damaged ships to safety, before the space octopus can get a hold of them. Sounds easy enough, if you didn’t have to spend every minute of your trip constantly putting out fires, both in the real and metaphorical sense.

You can check out the reveal trailer for yourself, here:

Fireline Games is an independent studio from Poland, comprised of four developers working together to “deliver games with maximum fun and engaging gameplay”. Between them, these developers are bringing experience from their time working on games like Dying Light 2, Control, The Walking Dead, and more.

There’s no word yet as to what kind of release window we should expect, though hopefully we hear more soon.