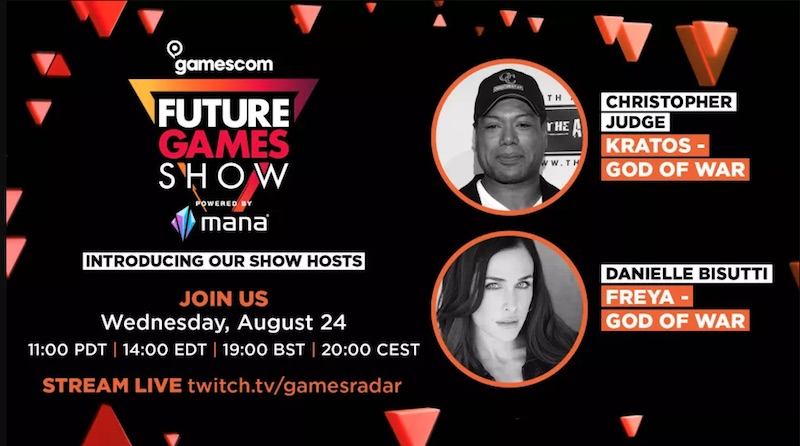 Judge and Bisutti, who voice Kratos and Freya, respectively, in 2018’s critically acclaimed Norse-flavoured adventure romp, will be on hand to unveil all the big announcements from the show, which takes place on August 24, 2022 at 2.00pm EST/7.00pm BST.

The Future Games Show will be broadcast on Facebook, YouTube, Twitter, and Twitch, with the show set to host around 50 games. Publishers confirmed to appear include Team17, 505 Games, Prime Matter and Ravenscourt, and while some reveals are being kept under wraps, we know that the likes of Goat Simulator 3 and The Dark Pictures Anthology: The Devil In Me will be there.

The Future Games Show at Gamescom is the place to come and discover something new. Find out what our friends at GamesRadar are tipping to be the most exciting titles coming your way soon. There is a lot to see and Danielle and I will be there to guide you through. Don’t miss it!

I can’t wait to present the Future Games Show at Gamescom on August 24 with my long-time friend and sparring partner Christopher Judge! We have a great show lined up for you so make sure you join us for an incredible night of thrills and gaming excitement.