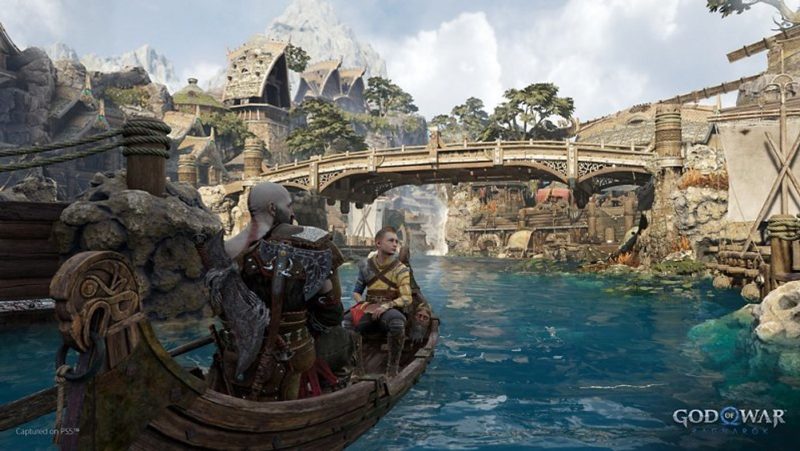 God Of War Ragnarok has been out now for almost two weeks, and in that time many players have already rolled credits, while others (like myself) are still making their way through the Nine Realms on Kratos and Atreus’ latest adventure.

Whether you’ve beaten the game or not though, there’s a sneaky moment with Odin towards the beginning of the game, that likely won’t be a spoiler for you if you’ve at least started to play, but spoiler warnings all the same.

In an interview with IGN, Ragnarok director Eric Williams reveals a moment with Odin that many players are likely not to notice, right towards the beginning of Kratos and Atreus’ journey, when they first reach Svartalfheim.

While talking about Odin’s character, and his tendency to keep his finger on the pulse of what goes on across the Nine Realms by impersonating people, Williams shared a time when the All-Father was more or less being a bit of a child, to say the least.

“When you’re boating into Svartalfheim for the first time, right before the siren goes off, there’s a little dwarf on a bridge and he spits over the bridge – that’s Odin!”

(spoiler alert!) The Director of God of War: Ragnarok shares a little secret about a character that was hidden in plain sight 👀 pic.twitter.com/qnl5Cv4fv2

With his busy schedule, its a wonder that the so-called All-Father has the time to make a quick pass at Kratos and Atreus, but it is admittedly very funny to think about.