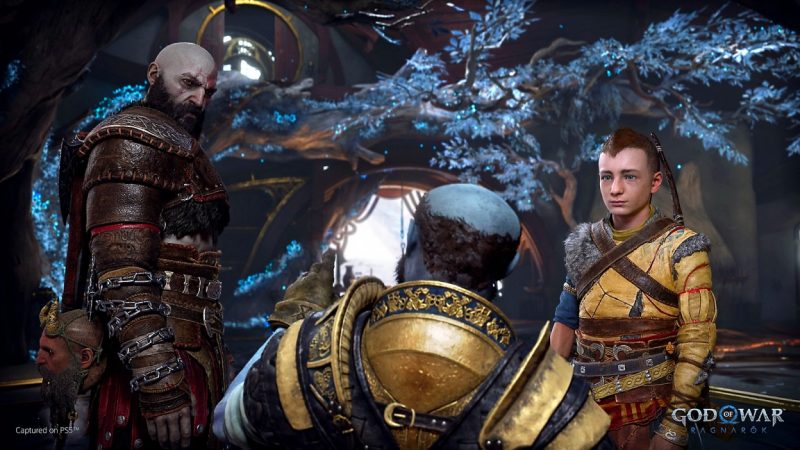 The ESRB now has a public rating up for God Of War Ragnarok that also includes a short description as to why it’ll be carrying an M for Mature rating once again.

Not exactly the biggest shock, but there will be violence depicting blood, and curse words used in Ragnarok.

These reasons and more are why it has been deemed inappropriate for those in the more tender years of 16 and younger, while hardened and brittle 17 year old’s and their seniors can enjoy Kratos and Atreus’ new journey.

You can read the full description from the ESRB here.

This is an action-adventure game in which players help Kratos and his son on a dangerous quest. Players explore various realms and engage in frenetic hand-to-hand combat against human-like raiders and fantastical creatures (e.g., centaurs, trolls, dragons). Players use axes and chained blades to battle enemies, often resulting in large blood-splatter effects and dismemberment. Players can perform finishing attacks that depict close-up impalement via bladed and hand-held weapons; repeated axe strikes to a creature’s neck results in decapitation. The words “f**k” and “sh*t” are heard in the game.