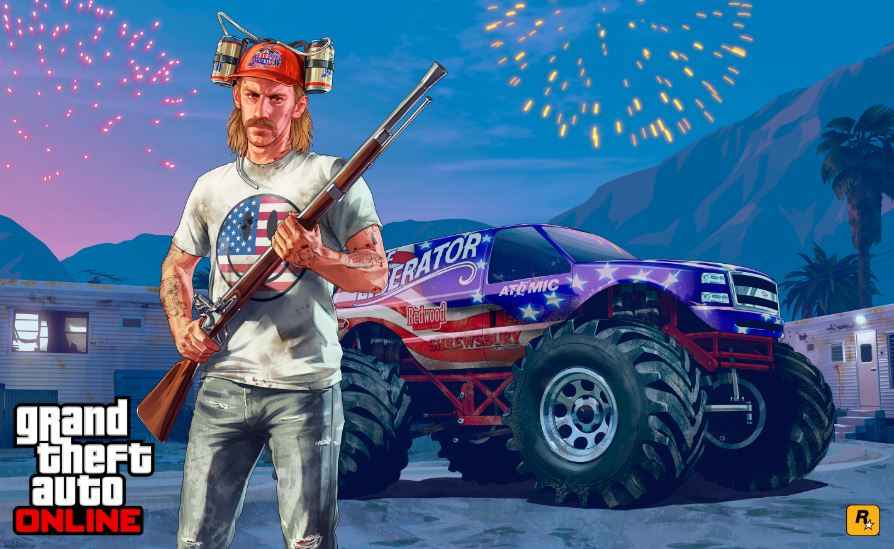 The next in a long-ass line of content updates, Rockstar Games is celebrating independence day along with everyone else as its GTA Online Independence Day update brings the goods in the way that only they can.

Starting today on Wednesday, July 4 and running through to Tuesday, July 10, the update offers a whole host of rewards in addition to a whopping 40% discount off the following items:

Beyond these discounts, folk can expect double GTA in-game cash rewards across all missions contained within the Smuggler’s Run, Special Cargo, and Biker Sell game modes, and 50% off Hangars, Executive Offices, Special Cargo Warehouses, Biker Clubhouses and Businesses, too.

Oh, and if you’re a fan of all things roadworthy, there’s also a 30% off the Mammoth Avenger, Mobile Operations Center, Vapid GB200, Imponte Ruiner 2000 and Grotti X80 Proto.

They’ve even made this sort of weird teaser thing for the occasion that you can see below!