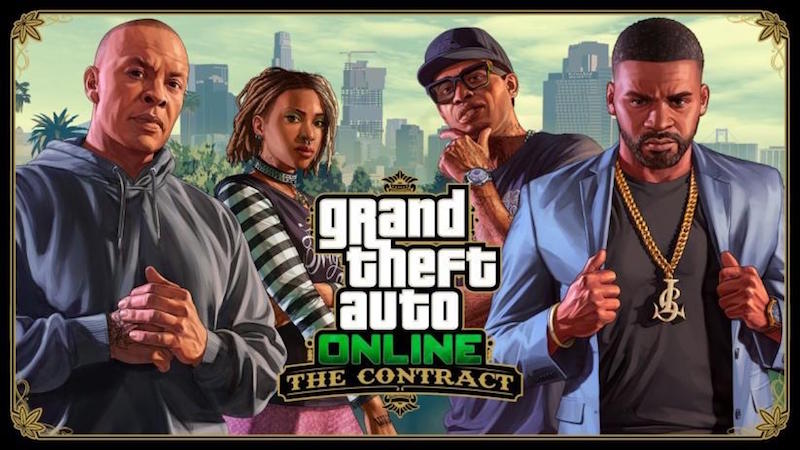 Rockstar Games has lifted the covers of a new GTA Online mission known as The Contract, which features Grand Theft Auto 5’s Franklin in a starring role alongside guest Dr. Dre.

The Contract will launch on December 15 for the online multiplayer crime caper, and sees Franklin and Lamar some years after the event of GTA 5’s campaign, where they’ve launched a company declining with “high society problems” for celebs. One of their clients, naturally, is Dr. Dre.

GTA Online fans will remember that the musician previously showed up in last year’s Cayo Perico.

Get ready for a wild and hilarious ride through Los Santos, from the mean streets of Franklin’s old neighborhood to the hottest parties in the city, from debaucherous mansions to the offices of the FIB and everywhere in between as you join Franklin, expert hacker Imani, Chop the Dog, and crew to secure Dr. Dre’s precious tracks and return them to their rightful owner.

GTA Online launched in October 2013, one month after the release of GTA 5 on PS3 and Xbox 360. The game has been a huge money-maker for publisher Take-Two ever since, so much so that Rockstar nixed plans to release single-player DLC for the main game.