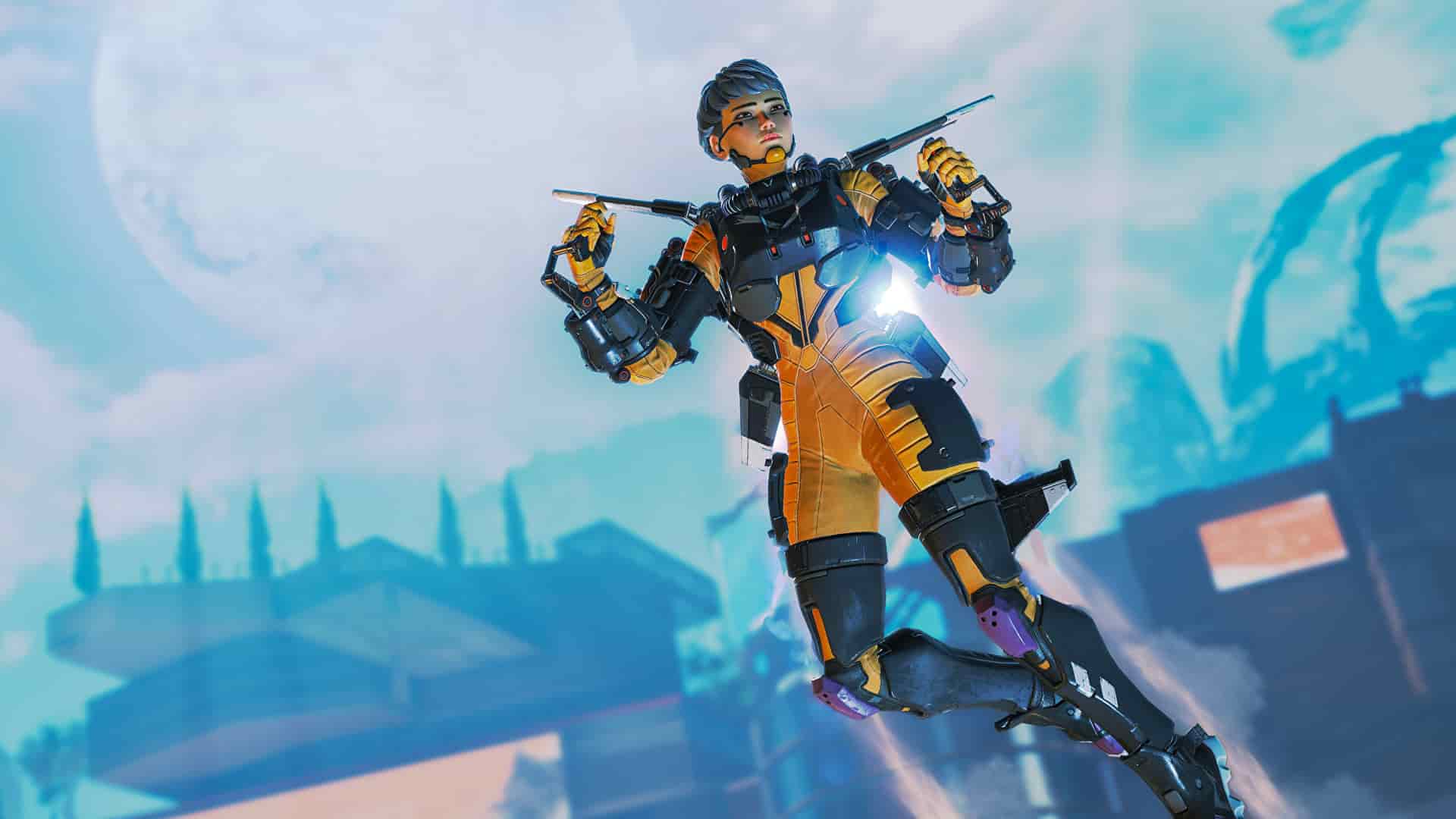 The VTOL Jetpack is activated by double-jumping, thus allowing Valkyrie to take to the skies for a limited amount of time. Your full is obviously not infinite, but it will replenish overtime. Furthermore, Valkyrie is able to highlight all enemies while skydiving providing you have light of sight to and are within range. Your teammates will also benefit from this.

While fuel is limited, there isn’t any restriction how high you can travel. To balance things out however, the jetpack is pretty noisy and will alert other players to her location. It’s also pretty sluggish to control, making changing direction quickly a bit of a chore. The biggest drawback to the jetpack is the fact you are unable to equip your weapon or toss a grenade while flying.

The Missile Swarm allows players to fire off a group of mini-rockets, dishing out damage to enemies and disorientating them. It has a cooldown period of 30 seconds, so be warned. This ability unleashes 12 missiles in total and are effective in a 4×3 grid pattern, although the damage inflicted isn’t too extreme. It’s best used to disorientate your opponent(s).

Lastly, Valkyrie’s Skyward ability effectively allows you to set up your own mobile launcher. Press once and you’ll prepare the launch, and if you want to bring anyone along for the ride, your teammates can join you by interacting with Valkyrie. To launch, just activate the ability again — keep in mind there’s a charge time of 120 seconds.

You can use the Skyward ability at any location on the battlefield, as long as there are no obstacles between you and the clouds above, as it were. Once you propel yourself into the air with your teammates, you can activate a skydive. The advantages of this ability include repositioning yourself on the battlefield, and can be used in conjunction with Valkyrie’s ability to highlight enemies while skydiving.

However, you will be vulnerable when heading straight up similar to using a Jump Tower, and the ability will be cancelled if you are damaged during the charging phase.