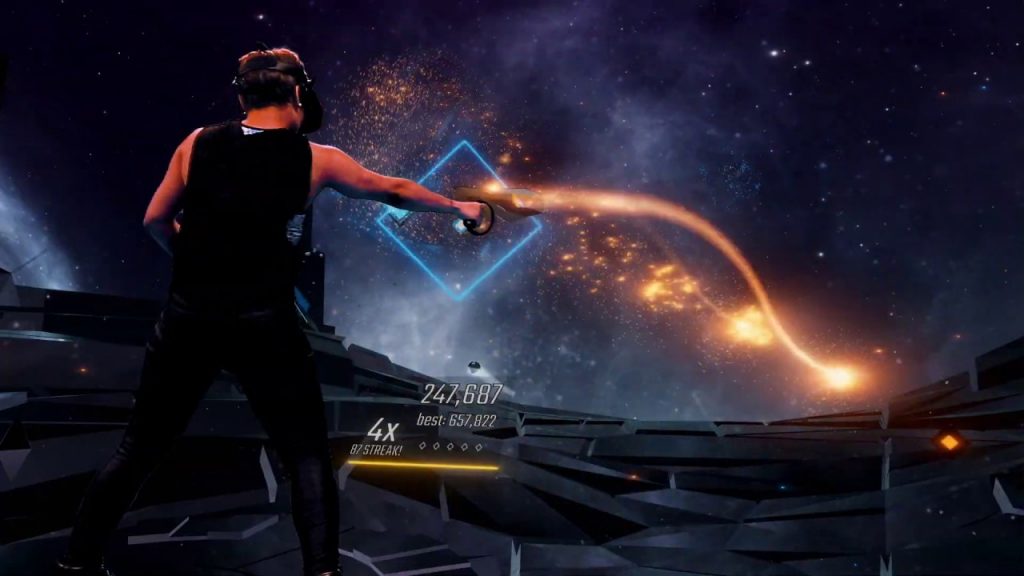 Harmonix has confirmed that its virtual reality rhythm shooter, Audica is coming to PSVR later this year.

The news was announced on the PlayStation Blog. Audica is a game about precision and becoming one with music. The game involves you aiming at trails of dots and markers in the sky, all to the beat of the latest pop and EDM artists.

The game will feature four arenas at launch, a variety of different blasters, leaderboards, customisation options, and a campaign to guide you through the 30 song soundtrack. You can take a look at the current song list below: An official description from the game’s Steam page reads as follows:

Audica™ is a VR Rhythm Shooter from Harmonix, the makers of Rock Band™ and Dance Central™. Armed with a pair of rhythm blasters, you shoot and smash targets to the beat of a soundtrack featuring songs from some of the world’s most popular electronic artists. The better your timing, accuracy and form, the better your score. The better your score, the higher your place on the Audica Leaderboards.

Audica is incredibly intuitive and immersive from the first time you play – use your blue and orange blasters to shoot color-coded targets to the beat while in a breathtaking cosmic arena. On expert difficulty, Audica gameplay is intense and exacting. If you want to claim a spot at the top of the leaderboards, you’ll need to practice until you and your blasters become one, performing a tightly choreographed ballet of beat-blasting brilliance.

A teaser trailer for the game has also been released by PlayStation:

I am beyond excited to see Audica come to PSVR, as it has been on my radar since it was announced earlier this year. It is also nice to see Harmonix get back into the music and rhythm genre.