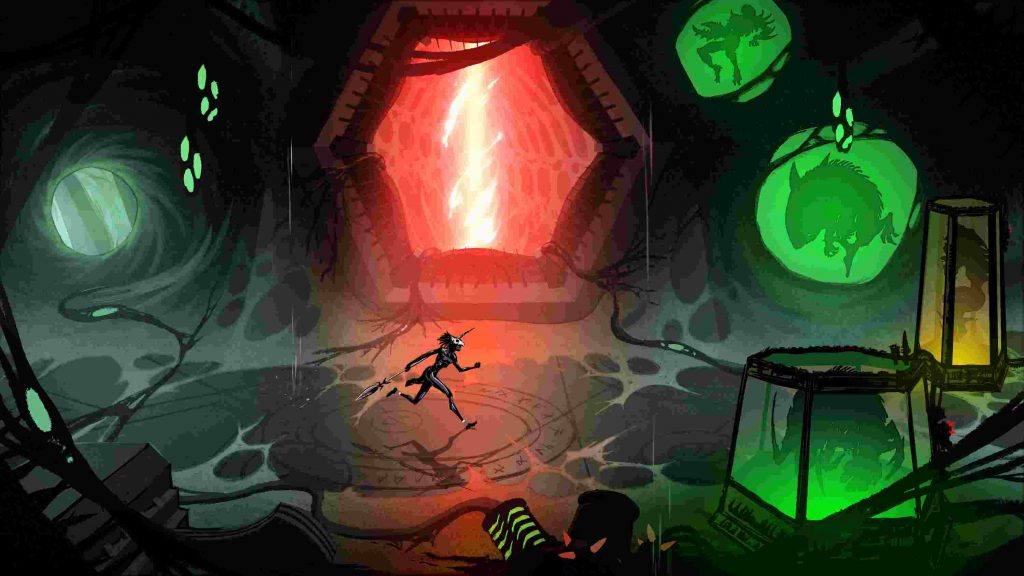 A transmedia project spanning games, comics, a board game, and even an animated TV show, all of this is based on the Spanish book series from David Cabrera, The Dragon Nindenn-Ka-Yh.

And the debut of this new multi-media force is Holmgang: Memories of the Forgotten, which I got to see a 30-minute presentation of last week.

Building Off The Backs Of Others In New Ways

Holmgang is a game that wouldn’t exist without a number of juggernauts that inspired it. With gameplay inspired by some of the best hack and slash games of the past few years, such as God of War and Dead Cells, and an art style that references The Wolf Among Us and the underrated Assassin’s Creed Chronicles China, Holmgang is a game built off of what came before it, but there is also a lot to differentiate it.

Holmgang’s developers are calling it a “Quick-RPG” for a reason. Whilst a more concentrated experience, Zerouno Games are aiming to have a great amount of depth and replayability in the game at launch. This starts with offering you three different playable characters, each from their own culture and background and offering their own perspective on the world.

These playable characters each have their own levels and you can decide who you want to stick with. By tying each character to its own level, you are encouraged to replay through the game to experience levels you had previously missed. Certain areas will also be locked to a specific character, requiring you to choose another protagonist to access it.

On top of that, the hack and slash gameplay is fully customisable with the game having its own combo editor, allowing you to choose the best button combination for your playstyle and allowing you maximum comfort whilst playing. And, as finishers unlock as you make your way through the game you will be able to choose a weapon that fits your liking and customise how it behaves using this combo editor.

Enemies That Aim To Be More Than Just Fodder

Zerouno’s aim with the enemies in Holmgang is to add hierarchy to encounters. So each group of enemies feels different and unique from the last.

For example, enemy groups have squad leaders, who will stay back and let their minions risk their lives first, whilst preparing to punish you once you have let your guard down.

You can choose how you approach these different combinations of enemies given you an even greater level of choice over your experience.

Enemies will also become more aggressive as your health gets lower, taking advantage of your weakened state and aiming to put pressure on you.

I only saw a few of the enemies in action, but I did get a glimpse at some concept art and screenshots from later in the game, which featured a large variety of creature to fight, as well as varied environments to fight in, including a snowy tundra and a gorgeous blue ocean.

As I mentioned at the top of this review, Holmgang is set to release for the PS5 and the development team will be fully taking advantage of the ray-tracing the new console offers. The extra performance will also allow them to keep combat fluid and consistent, allowing Zerouno to hit 60fps and create the best possible experience.

One To Keep Your Eye On

What I saw from Holmgang: Memories of the Forgotten was very early gameplay sections and you can even play what I saw right now on Steam through a demo.

And the glimpses I got of more of the game, showcased Holmgang to be a game to keep your eyes on, seeing how it progresses over the coming months.

Zerouno has talent from EA, Rockstar, Tequila Works, and a number of other high-profile developers working on Holmgang and once next-generation comes around, Holmgang should be a title to stay updated on.

Holmgang: Memories of the Forgotten is set to release in 2021 for PS5 and PS4. The game is also holding a Kickstarter campaign to help fund development.

Holmgang: Memories of the Forgotten