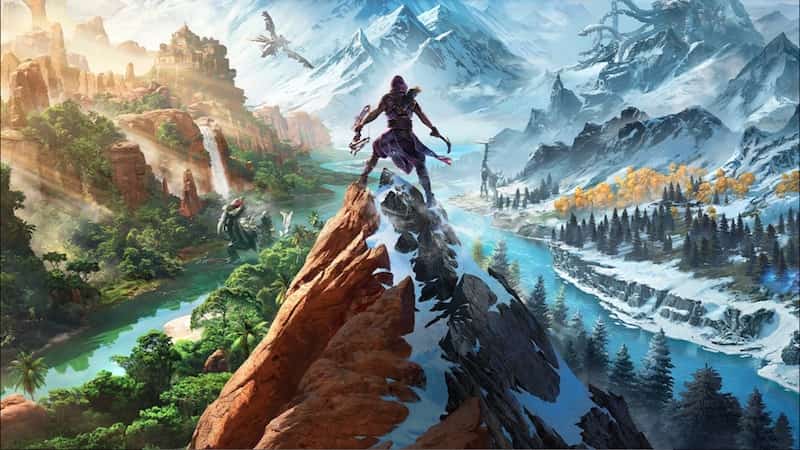 The Entertainment Software Rating Board has awarded Horizon: Call of the Mountain a T rating ahead of the game’s launch for PSVR 2 in February 2023.

There’s not much to get excited about from the rating, but here’s the description nonetheless for those who perhaps don’t too much about the Horizon spin-off.

This is a VR action-adventure game in which players assume the role of a warrior on a mission to redeem himself by saving a settlement. From a first-person perspective, players traverse through caves and mountains while battling robotic creatures. Players use bows, slingshots, and disc blades to destroy enemy creatures in frenetic combat. Battles are accompanied by impact sounds, large explosions, and slow-motion effects. The word “a*s” is heard in the game.

The game follows disgraced former soldier Ryas, as you ascend towering peaks and solve the mystery surrounding the machine to bring freedom to your people and redemption for yourself. Aloy will also be featured in the game as well as other familiar faces from the world of Horizon.

Horizon Call of the Mountain is scheduled for release on February 22, 2023 for PSVR 2.