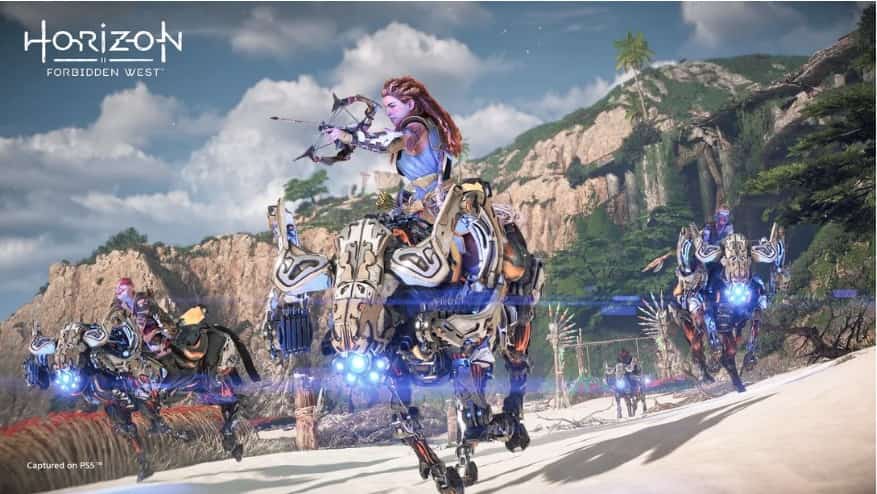 Guerrilla Games has announced details on the Horizon Forbidden West accessibility options ahead of the game’s launch next week on PS4 & PS5.

Speaking on the PLayStation Blog, Brain Roberts, the game’s principle designer, revealed that subtitles are turned on by default. Beyond that, there’s pre-set difficulty settings, as well as a Custom Difficulty option that allows you to tinker with the amount of damage that Aloy receives and dishes out.

In addition, players are able to choose an Easy Loot option that means you won’t have to detach resources from machines before eliminating them. There’s also left-handed support for controllers, and you can also remap the control scheme with guidance offered.

Another new feature is the Co-pilot system, which grants a second PlayStation controller with mirrored controls access to the game.

This only requires another controller (DualSense controller for PS5, DualShock 4 controller for PS4) and a second user profile. The Co-pilot system was implemented thanks to incredible feedback and support from our sightless accessibility consultant.

Horizon Forbidden West is scheduled for release on PS5 & PS4 on February 18, 2022. You can watch the game running on the base PS4 here.