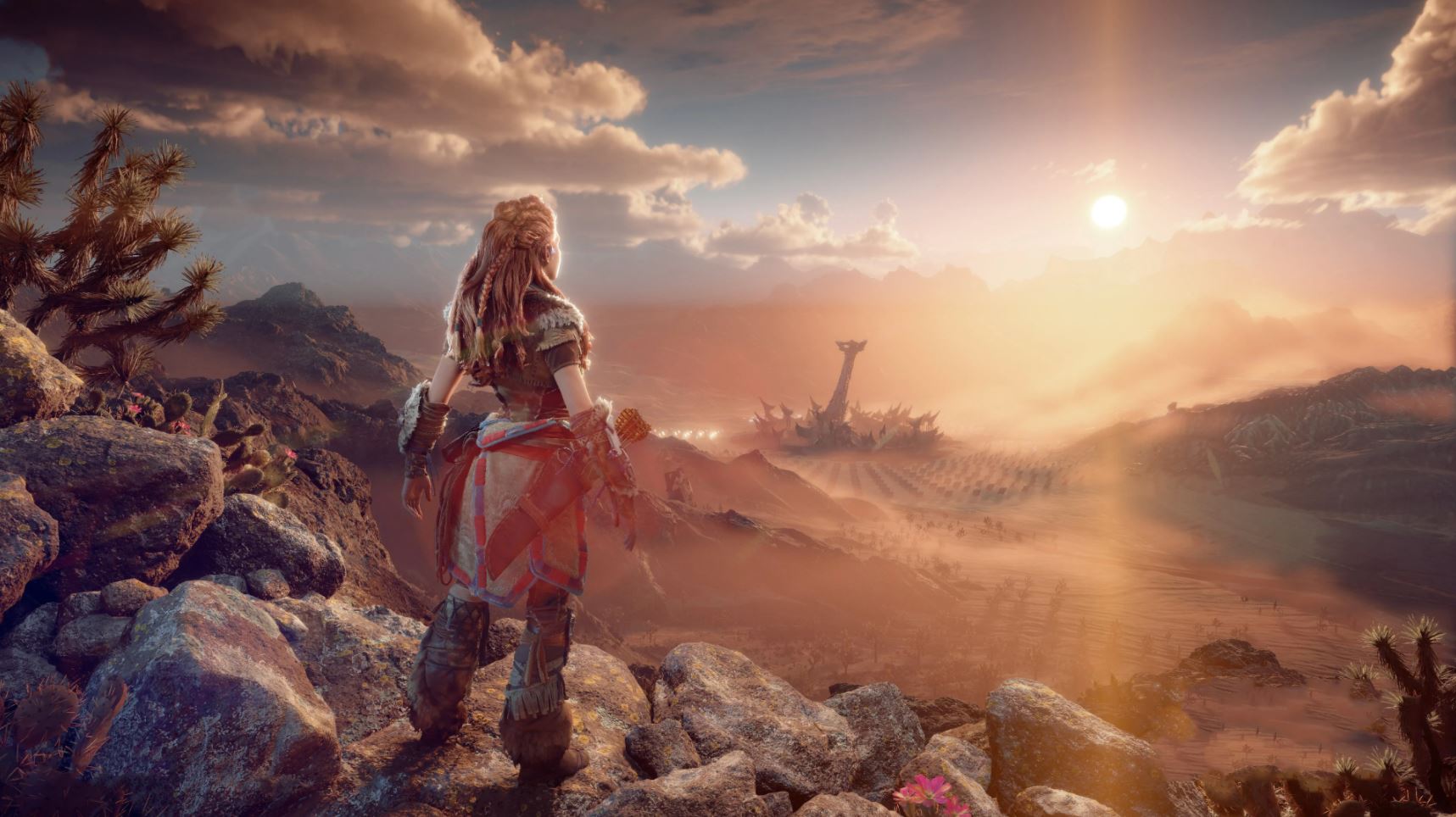 Horizon Forbidden West, much like the previous game in the series will have a wide variety of locations and areas to explore, each split up into zones across a sprawling open world. Guerrilla Games has revealed some of those locations ahead of the game’s release this year and here are all the ones we know about so far.

Salt Bite sits on the shores of a lake with the same name and is filled with birds nesting in its trees, providing food supplies for the nearby settlements of Arrowhand and Scalding Spear in the south.

The Desert Tenakth village of Salt Bite rests on the shores of the acrid lake that shares its name. Birds that nest in its brackish outskirts provide much-needed food supplies for the clan’s larger southern settlements, Arrowhand and Scalding Spear.#HorizonForbiddenWest pic.twitter.com/Ufx7mkexH9

Home to the Sky Clan of the Tenakth, these mountains are heavily guarded to prevent intruders from invading. Impregnable by man and machine, no one is able to infiltrate.

The Sky Clan of the Tenakth lives among the Sheerside Mountains, guarding their territory from intruders. Their defenses are said to be impregnable against man and machine, and no force can march upon their settlements without being observed from above.#HorizonForbiddenWest pic.twitter.com/zhvMUIo8V8

The Raintrace swamps and marshes are found in a jungle that is filled with traps and machines lurking around every corner.

The Lowland Clan of the Tenakth makes its home in the swamps and jungles of the Raintrace. They excel at tricks and traps, blending into the jungle unseen, then relying on machines lurking in the marshes to thin out their foes.#HorizonForbiddenWest pic.twitter.com/eHXQhq7Avs

A cove, which is of great significance to the Lowland Tenakth clan, embroiled in the remains of machines. Those who survive ten days and ten nights are marked in ink as a sign of their tenacity and willingness to survive.

This dangerous cove holds great significance for the Lowland Tenakth clan. If a soldier can last ten days and ten nights against the machines that dwell here, the deed will be marked in ink upon their skin – an honor few survive to receive.#HorizonForbiddenWest pic.twitter.com/ttWXhsaSFD

Tide’s Reach is a settlement found along the coastline of Horizon’s world and is across the water from the Isle Of Spires.

The settlement of Tide’s Reach grants the Lowland Tenakth a view of the Long Coast, ensuring no raiders tread upon its sands unseen. Across the water is the ancient Isle of Spires, but the roiling currents of the bay prevent safe passage to its shores.#HorizonForbiddenWest pic.twitter.com/YuX1FIwH4W

Horizon Forbidden West releases for PS5 and PS4 in 2021.