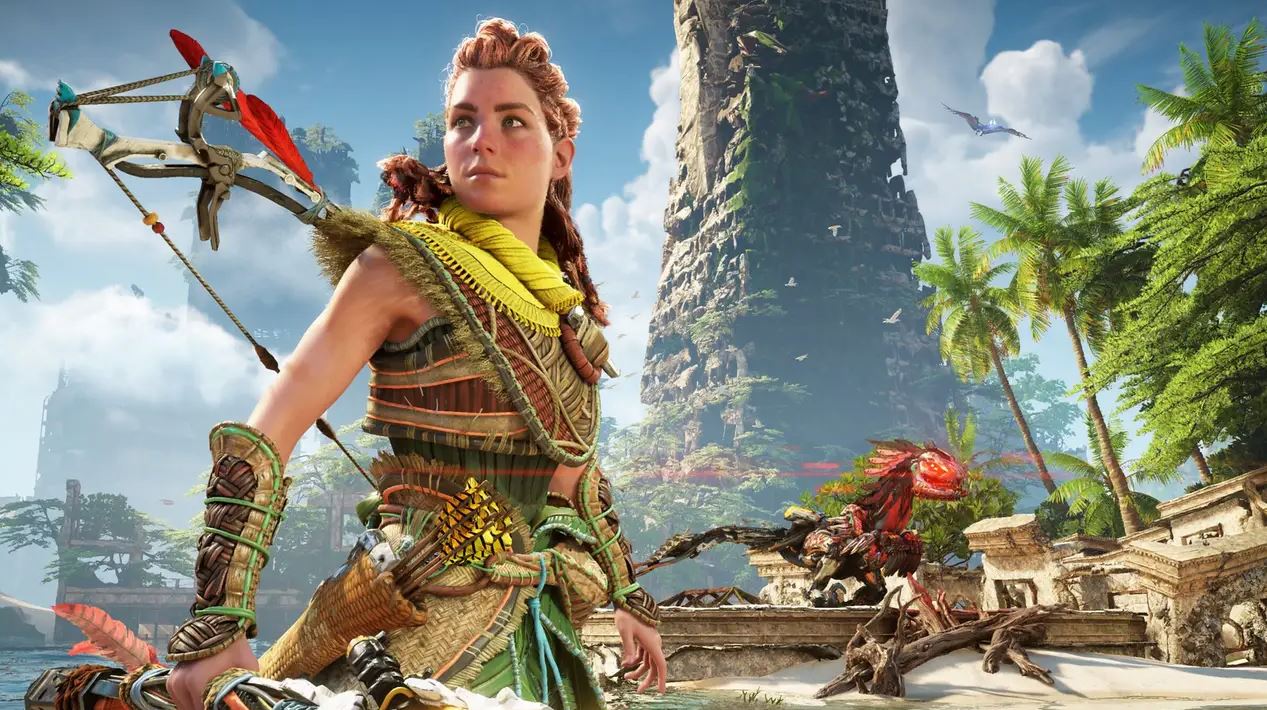 Captured entirely on PS5 the mix of gameplay and cinematics was truly impressive. The work put into Aloy’s hair and the lighting really impresses in the opening cutscene.

All the locations, including the forest, beach, and more look like nothing we have seen so far on PS5, especially when you take into account how many lights and colors are on screen. The underwater environments look incredibly vibrant.

We see Aloy use a stun bomb to quickly escape a machine and a grappling hook, allowing her to zip towards a brand as she jumped. Aloy also now has a paraglider, which can be used for traversal.

Aside from your typical monsters, we see the huge mammoths which were first teased at the reveal, as well as the return of stealth combat against human enemies. But, this time it looks more polished, with enemies able to pick up Aloy and attacks landing in more impactful ways.

Aloy also can infuse her staff with elemental attacks, such as a lightning pulse knocking back enemies. Overriding machines is also back, but this time Aloy can override larger ones, such as the raptor-like machines which are new to this game.

We see a new bomb type, which slows down the mammoth machine at the end of the demo and also get a look at some destructible pieces of scenery in the environment. Enemies will still drop weapons that you can pick up and use, as well.

Weapons can be upgraded at a workbench and different weapons will be needed for different machines. Finally, the giant storms which were teased at the reveal are once again teased.

So, what did you think? We were very impressed with what we saw and this clearly looks to be the big showpiece game for PS5 this Fall.

Horizon Forbidden West releases for PS5 and PS4 in 2021.