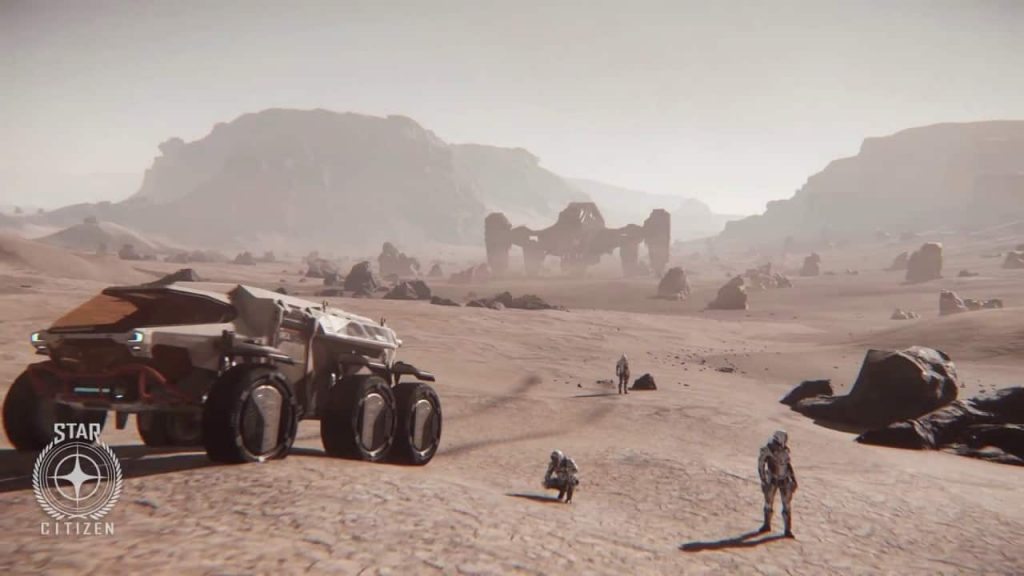 Is Star Citizen coming to PS5? Developed by Cloud Imperium Games, the multiplayer trading and combat simulator is currently in the works for Windows PC, and has seen numerous delays, having originally been slated for a 2014 launch.

However, with next-generation consoles on the horizon, is there a chance of a Star Citizen PS5 release? Let’s have a gander at find out.

A Star Citizen PS5 release has not yet been confirmed, with Cloud Imperium Games currently focussing on the PC version of the game. However, the studio has not officially ruled out bringing the title to other formats.

Despite this, it’s worth pointing out that Star Citizen is very much built from the ground-up for PC, so it’s one of those cases where it’d have to be tweaked quite a lot to accommodate a PS5 and/or Xbox Series X release.

What Is Star Citizen?

Imagine a universe that combines the freedom of exploration, the thrill of combat, and the unique challenge of building a life in space. Star Citizen puts ultimate control in the hands of the player, whether you’re making your way as a cargo hauler, exploring the vastness of space, or scraping out a living outside the law, you will navigate through a mixture of procedurally generated and handcrafted worlds and interact with a variety of characters.

Star Citizen is in active development. You can download and play Star Citizen Alpha 3.8 now. Additional features and updates will be released as they are developed.

From high speed dogfights to intense FPS warfare, battles can occur anytime, anywhere. So whether you’re chasing down ruthless bounties or raiding civilian cargo haulers, it’ll be up to you to decide which side of the law you want to fall on.

The explorer builds a life on the pursuit of knowledge and discovery. They will seek out the unknown or sometimes just surrender to the thrill of getting lost. Whether it’s a hidden outpost, a derelict ship or a beautiful sunset, explorers are eager to see what’s waiting over that next ridge.