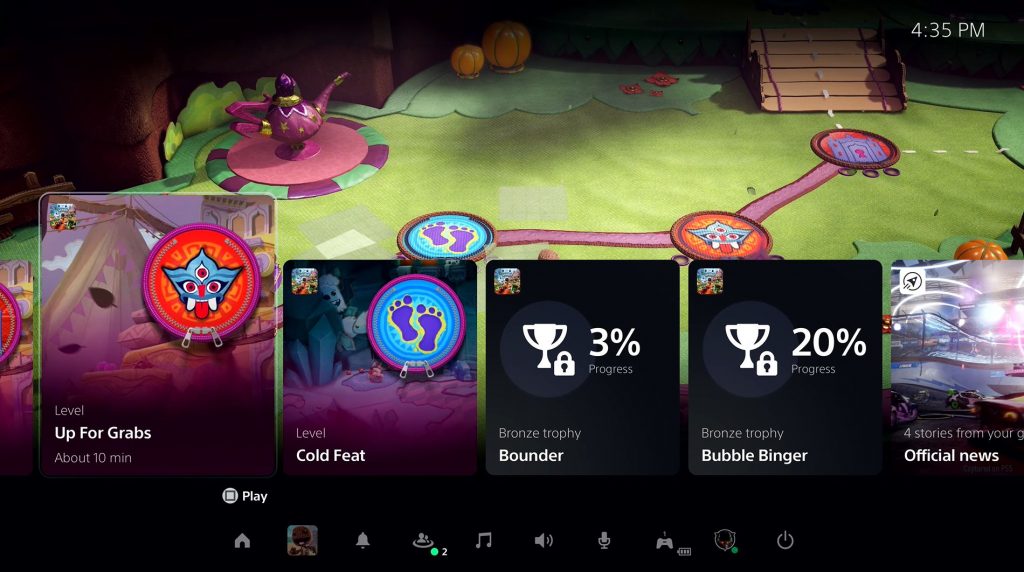 It is now official, the PS5 will track your trophy progress, showing how close or far away you are from obtaining a particular trophy. The detail was revealed in today’s PS5 UI showcase, where the PlayStation Activities card shows how close the player is to earning the Bounder and Bubble Binger trophies in Sackboy: A Big Adventure.

The information was actually revealed previously when Sony detailed the updates it is making to trophies, but it was quickly removed, leaving us in the dark. However, now we have confirmation from this video. Although, it isn’t clear if every game will have this feature and it is supported by Sony or if it is up to developers.