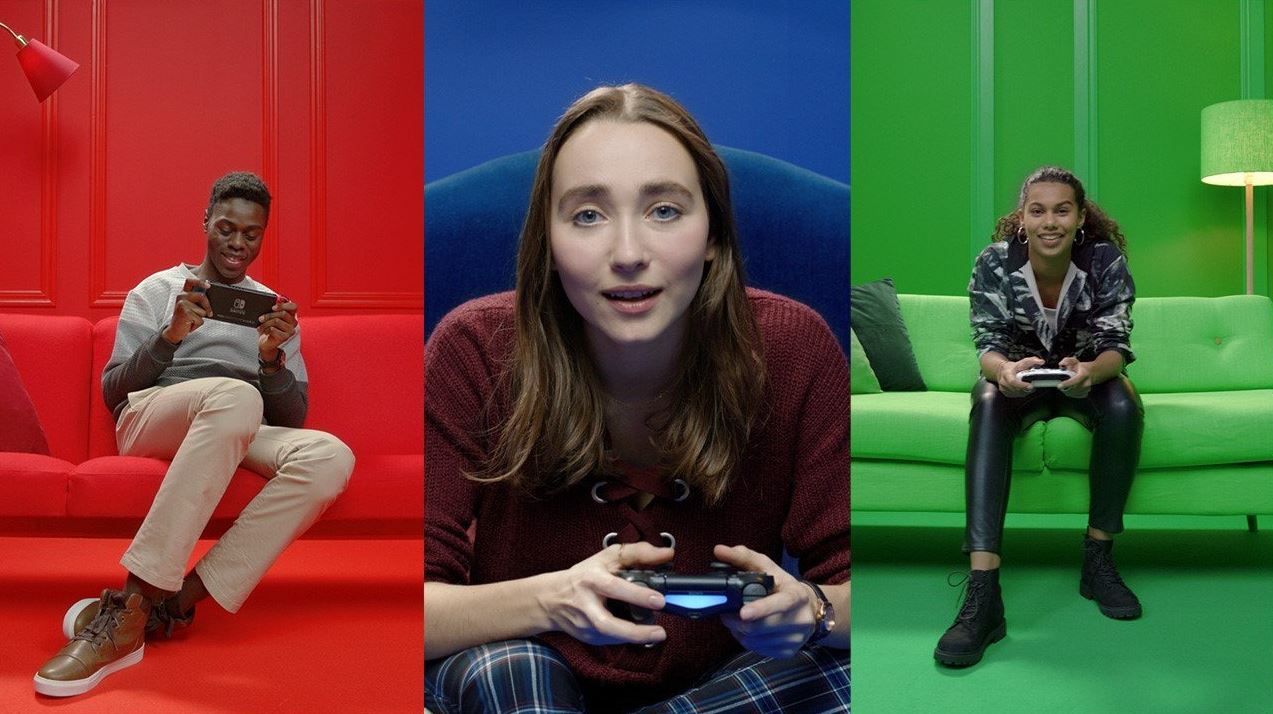 Update 03/05/21 23:12 – Tim Sweeny, CEO of Epic Games, has confirmed in the ongoing court case that Sony is the only company to require Epic to pay compensation for crossplay. Epic had to agree to pay these fees to enable crossplay in Fortnite.

This also seems to confirm that this structure is still in place at Sony and likely with other companies, alongside Epic Games.

Epic CEO Tim Sweeney just confirmed that Sony is the only platform holder that requires Epic to pay compensation for crossplay. Epic had to agree to pay these additional fees to enable crossplay in Fortnite.

Epic also listed an example of when they would have to pay money to Sony:

"In certain circumstances Epic will have to pay additional revenue to Sony," said Sweeney. "If somebody were primarily playing on PlayStation, but paying on iPhone then this might trigger compensation." Updated our story: https://t.co/8ZZYjUsNwk

Original Story – A leaked document that comes from the ongoing court case between Epic Games and Apple has provided an insight into why Sony decided to allow cross-play on PlayStation consoles. The answer: Money.

The document in question is a slide from what is a confidential document which details that Sony takes a percentage of a game’s bottom line if it is cross-platform if PlayStation players contribute a certain percentage of gameplay towards a title.

The way this is worked out is incredibly complicated, but to concisely describe to you how this is calculated, it all rests on the amount of “gameplay share” PlayStation players have provided to the game in question and the PSN revenue which has been generated from the game. If the PSN revenue share divided by the PlayStation gameplay share is less than 0.85 in a month then the publisher/developer will pay Sony a royalty to offset the reduction in revenue.

So, if the percentage of revenue for the game, which came from the PSN, was 90%, but the amount of gameplay time that was spent on PlayStation was 95% then the publisher wouldn’t owe Sony any royalties because those numbers are pretty closely aligned, 0.95 using the calculation above.

But, if the PSN revenue for the game was 60% of a game’s overall total, but 95% of the gameplay took place on PlayStation, the partner would owe Sony royalties because that difference in percentage is so wide. Using the calculation above, this comes to 0.63, which means Sony would get a cross-platform revenue share of $52,500. The actual amount is worked out with another step, but we don’t need to get into that to highlight the point. 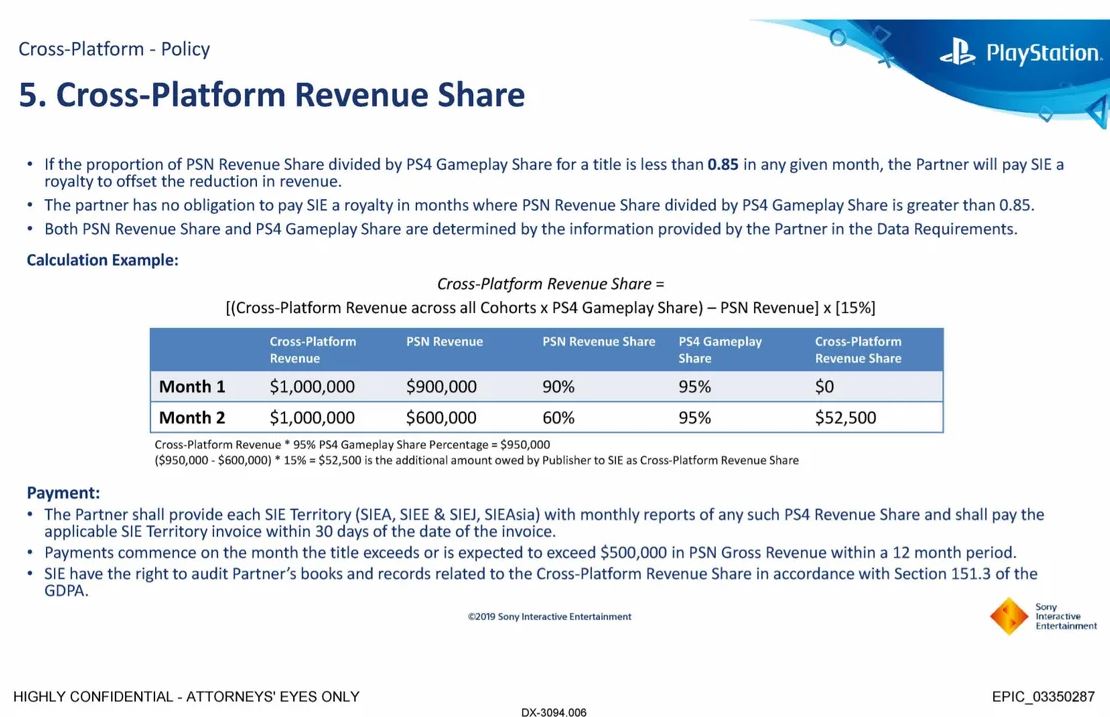 Ultimately, this might be seen as a company being money hungry but it makes a lot of sense from Sony’s perspective. It protects their platforms and creates a fairer space, especially if PlayStation players are contributing more to the playerbase. It is creating a fairer economic system and effectively creates a balance of some kind between all platforms. When you factor in the idea that 50% of Fortnite’s revenue is made on the PSN, it makes even more sense.

It is unclear if these policies are in place on Xbox and Nintendo Switch, but this only applies to games that make a gross PSN revenue of $500,000 or more in a 12 month period. It also isn’t clear if this policy is still in place as Sony hasn’t commented on it and the document is dated from 2019.

So, what do you think of this news and does anything surprise you?