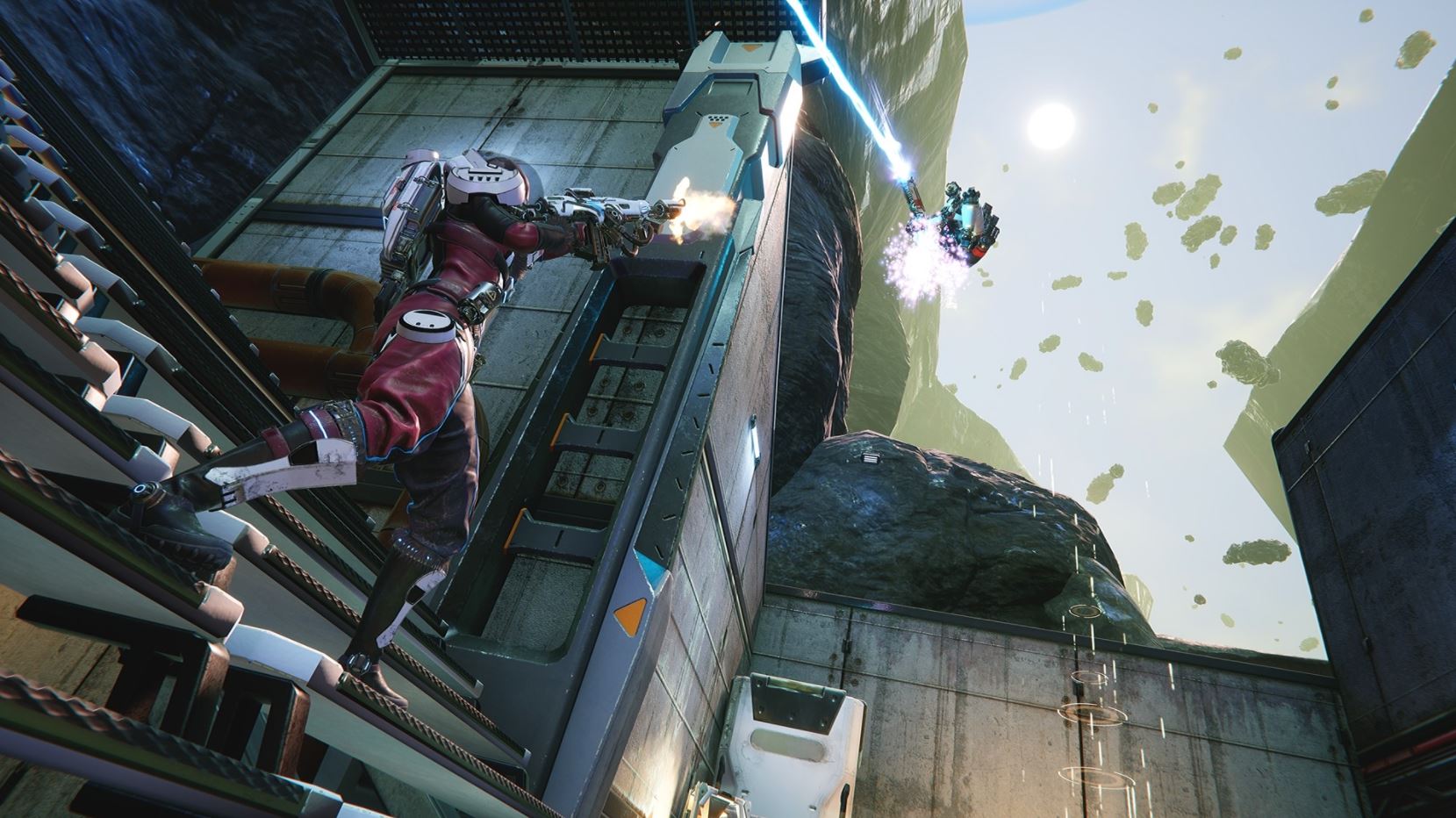 Lemnis Gate PS5, PS4 Preview – Lemnis Gate is a game I have had my eye on ever since I saw it last year. But, Frontier Foundry offered me the opportunity to checkout the game at a preview event a few weeks ago and let me tell you, Lemnis Gate is brilliant.

Mixing traditional, twitch FPS mechanics, with class-based gameplay, and a time loop twist where you need to play tactically to outsmart your opponents and plan for future moves Ratloop Games Canada have crafted something truly unique and a game that shows new ideas are still possible in traditional genres like first-person shooters.

Lemnis Gate is a complex game at first glance, so let me explain the fundamentals. The game is made up of 10 or so rounds, each lasting 25 seconds and split between two teams (so 5 rounds each). You get one shot at choosing your actions and performing them within that 25 second time loop before you actions are saved and you move onto the next round.

Now, when you play the next round, or your opponent has their turn, your movements from the previous rounds are replayed, meaning that by round 9 or 10 there are four or five versions of you and your opponent on the map each performing their own unique set of moves. 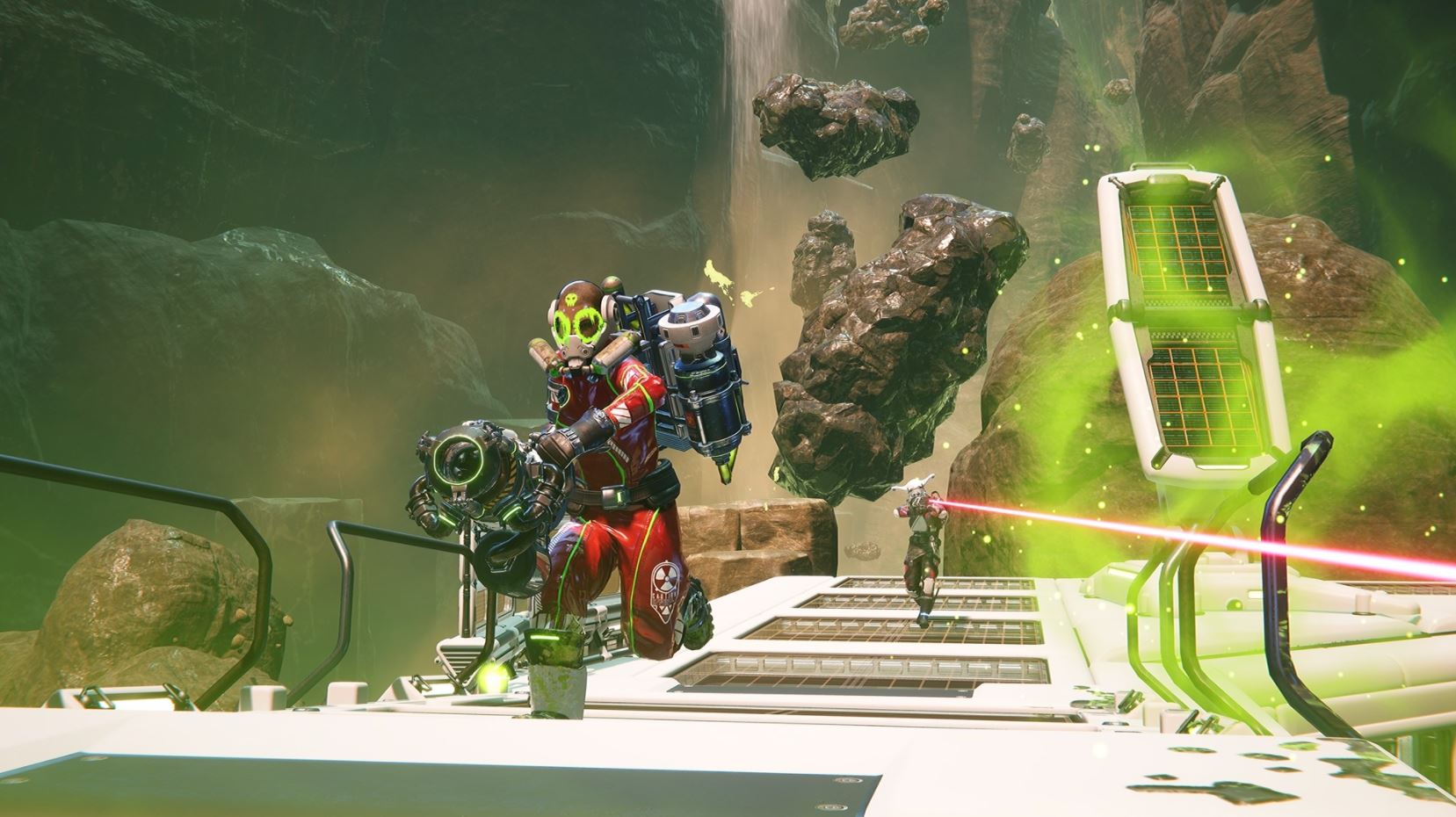 Where this unique set-up all falls into place is where you realise that you can use the knowledge of your opponents last turn to help your team gain the advantage in a fight. For example, if at 20 seconds in the round, your opponent destroys an objective, on the next round you can place some mines at the location where he or she walked to kill them before they even get a chance to fire at the objective.

Other examples include beginning your first round by placing turrets at your base or an objective, effectively locking it down for the rest of the match unless your opponent is able to bob and weave around them to destroy them.

There are dozens of more examples I could delve into, but all of this provides a special tactical flavor that I have never seen from a multiplayer shooter before.

Being able to use a drone in your opponents round to observe their action from above, place markers to formulate a plan on the fly and ensure you are best prepared for your next turn was an incredible feeling and truly offered me an experience I have not seen or played before. 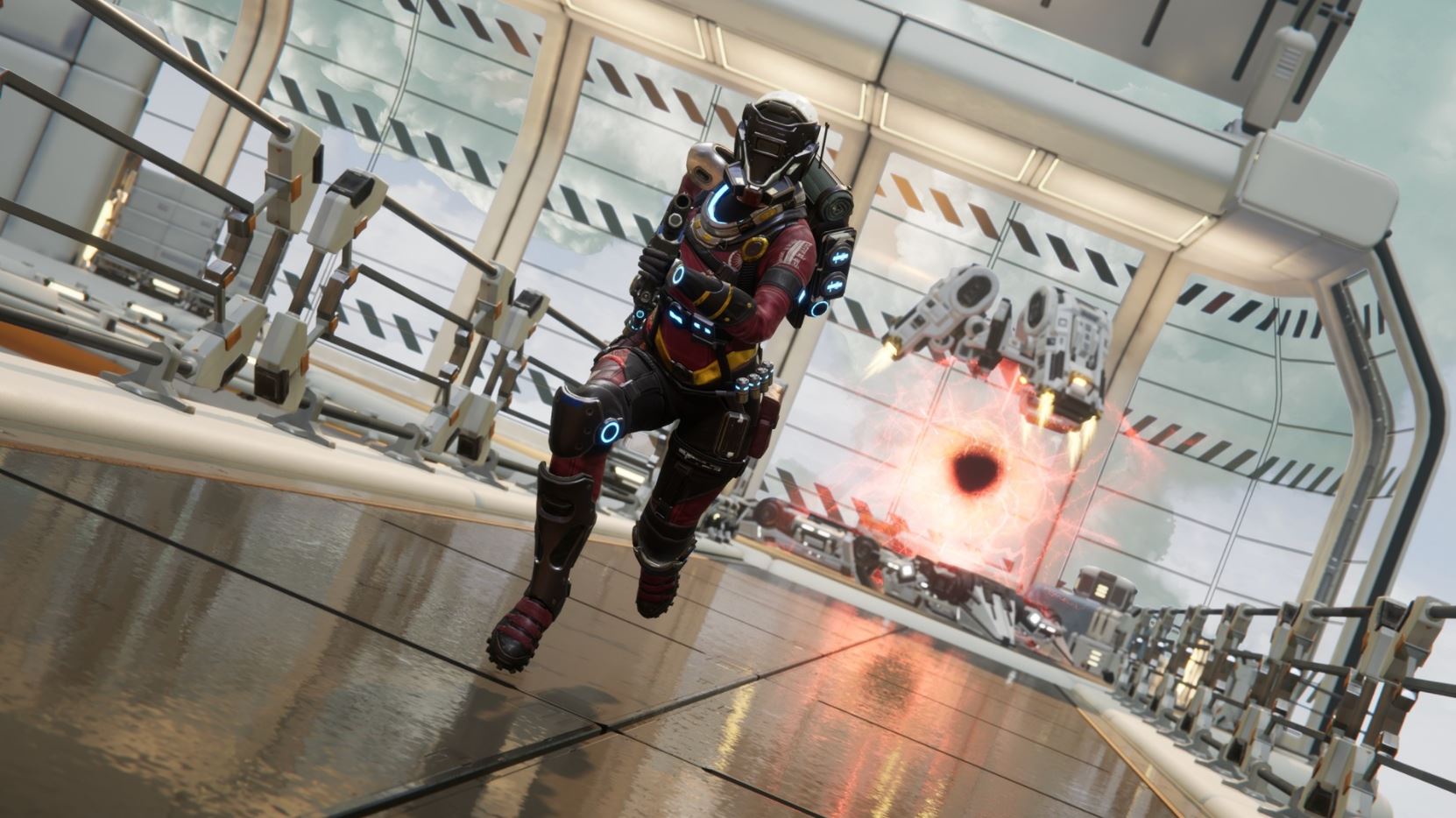 I Love It When a Plan Comes Together

This layer of tactical gameplay is then bolstered by the collection of classes you can choose from. Each one is equipped with their own weapon and secondary ability that has a very distinct use. But, the twist is that once you play a character in a round you can’t play them again that match.

So, this means every choice you make about who to play and when is vital as using a hero when it isn’t the most opportune time to use them might result in a turn being wasted and failure to capitalise on an opportunity in a later round.

All these heroes have weapons built for various ranges, with abilities like the aforementioned mines and turrets, as well as a quickly recharging dash or a shield to protect yourself. 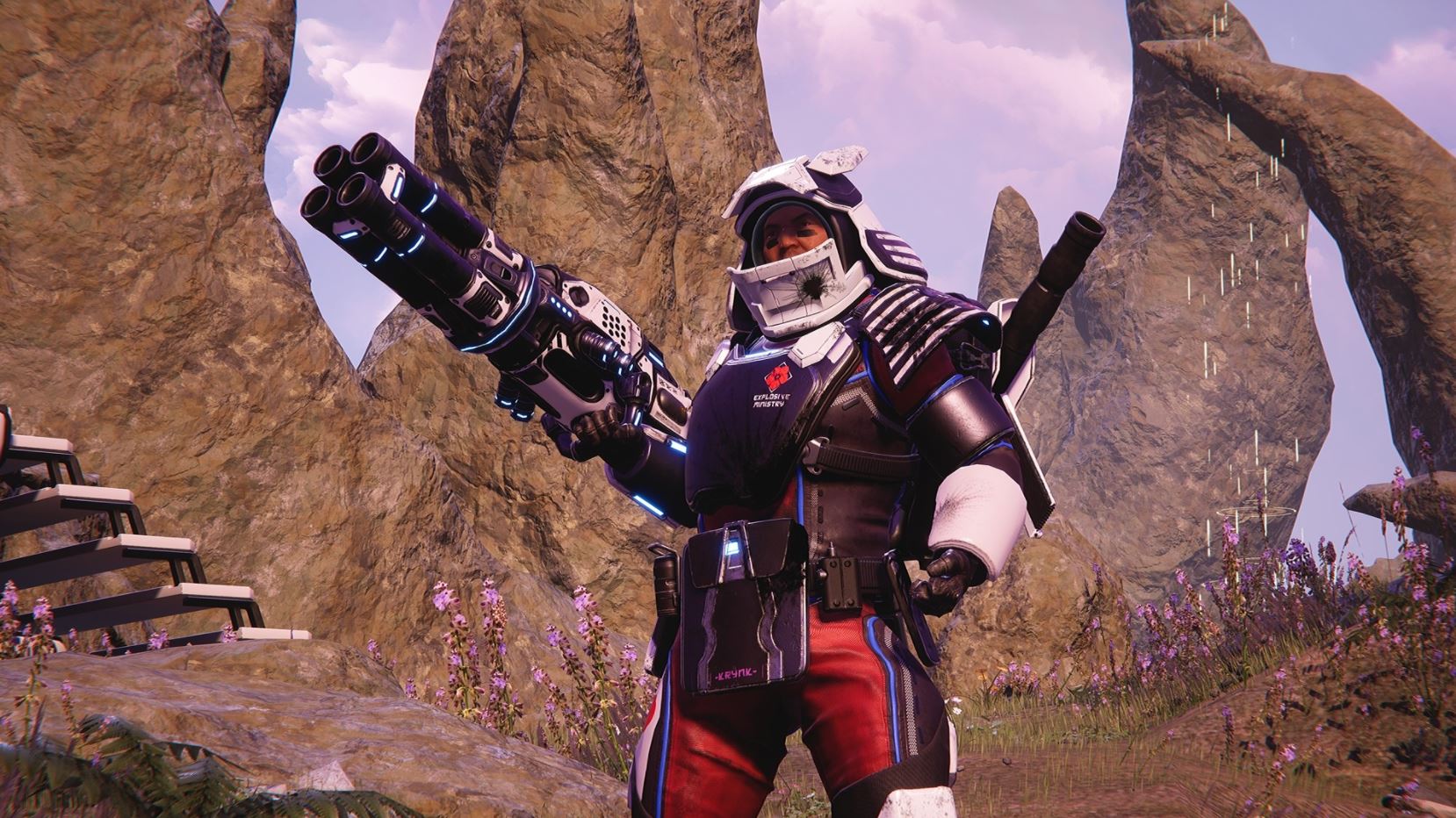 But while this may initially read like a traditional hero shooter, Lemnis Gate comes together by giving you the ability to plan and anticipate moves or react in a final moment. For example, a bullet fired down a corridor at the beginning of the game, might end up killing someone in the fifth round when their actions are replayed.

You can place a shield where you think enemies will be firing or on an objective to protect it from being destroyed. My favourite moment from my time playing was in the final round for our team where I tried to destroy both objectives on the map.

Using the hero with the dash ability, I quickly destroyed the first one and then made my way across the map to the other side, dashing away, to destroy the second objective with less than a second left on the clock. It ultimately didn’t end up in a win, but that intense feeling of trying to pull off a play with a clock breathing down your neck was invigorating and really gave me a glimpse of Lemnis Gate’s potential. 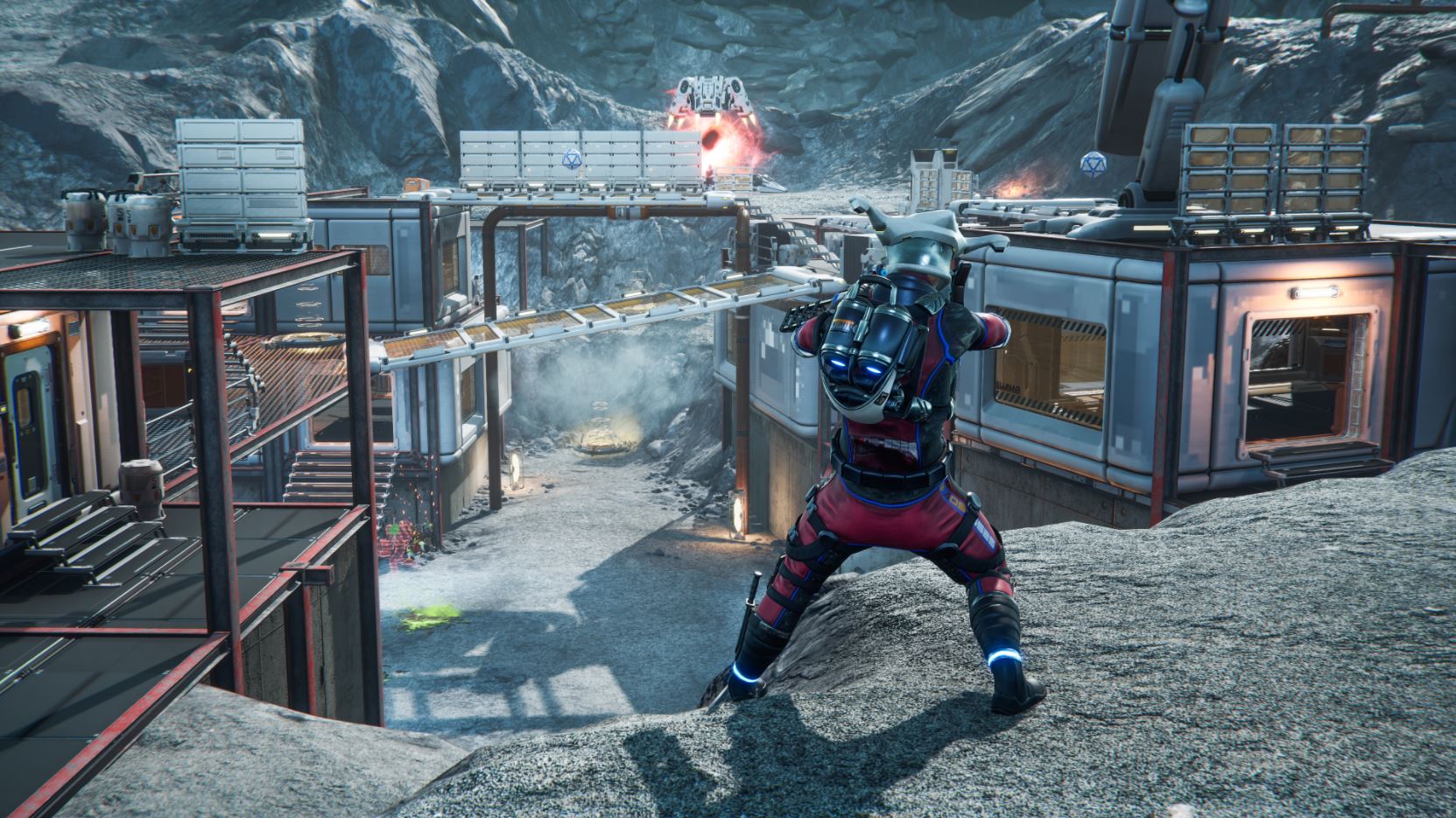 Each of the modes I tried as well were unique, each playing wildly differently and making me think in different ways as I learned new mechanics and ways of interacting with the many moving parts in Lemnis Gate.

A Multiplayer FPS Unlike Anything Else On The Market

Lemnis Gate really impressed me. It has the traditonal FPS trappings and mechanics but overlays all of that with a level of tactical depth and management that feels fresh for the genre. Combining hero abilities, with planning out you attack, and tight shooting mechanics that are arcadey but accurate and Ratloop Games Canada are onto a winner here.

You should definitely have your eyes on Lemnis Gate and I hope it picks up the playerbase to ensure it has a thriving future and becomes the next phenomenon.