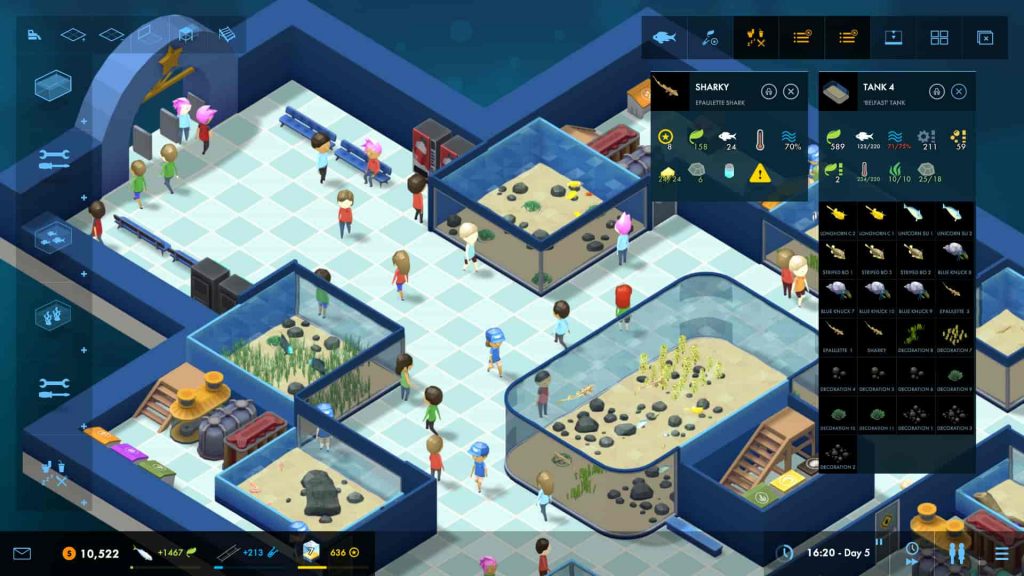 Auroch Digital has launched Megaquarium for the PlayStation 4, Nintendo Switch, and Xbox One today. The game was previously released for Steam via Twice Circled, where the theme park management title achieved critical acclaim. If you’ve played the likes of Theme Hospital or Transport Tycoon back in the day, then this should be right up your street.

Megaquarium sees players hanging your own aquarium, giving you the chance to design the layout, choose which species of fish to display for customers, hirings staff, and even planning what souvenirs to flog to the punters.

The game was created by Tim Wicksteed, who took inspiration for the game by visiting Plymouth aquarium, which saw him attempt to replicate these experiences in the game.

Sure enough, Megaquarium packs in over 100 species of fish, including crustaceans, octopuses, seahorses, jellyfish, and even a mighty Whale Shark.

All the distinctive features of Whale Sharks had to make it in. That includes their blunt snout, white spots and belly, and their wide mouths which they use to filter-feed on krill. With all that done, it was time to animate the Whale Sharks so they swim like their real-life cousins. These gentle giants get around by moving their tails from side to side – not up and down like dolphins.

Get the facts below.