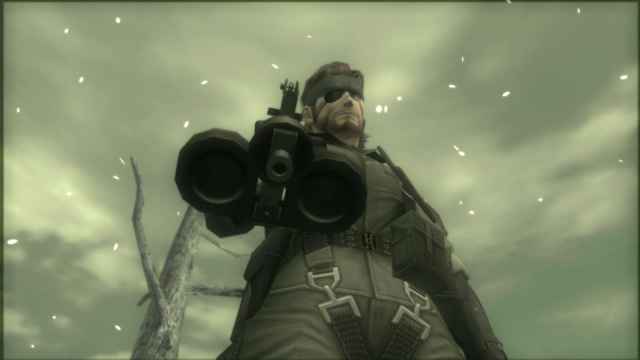 A new Metal Gear Solid tribute video has been released by Jordan Vogt-Roberts (director of the upcoming film adaptation) celebrating the 31st anniversary of Hideo Kojima and Konami’s critically-acclaimed series.

Presented in the style of a codec conversation circa Metal Gear Solid 1998, it features the one and only David Hayter as legendary soldier Solid Snake and provides an update on the status of the big screen adaptation…. In as much as it confirms there’s nothing new to say on the matter.

Albeit in a delightfully misleading way.

Following an impassioned speech in which Snake thanks the fans for their years of unwavering support (before bemoaning the proliferation of derivative, cookie-cutter movies in modern cinema), ambiguous villain Revolver Ocelot arrives.

We know you fans want an actual update on the status of the film.

He says, immediately grabbing the attention of fans around the world. Primarily because the majority of them are extremely sceptical about the whole thing after seeing the likes of Resident Evil and Hitman stripped of their identity by Hollywood in recent years.

To be fair, as amusing as this little piece of trollery was, Vogt-Roberts did offer us some guarantees. Firstly, he promised to provide an actual update as soon as he has something worth reporting. Secondly, he was quick to reassure us that, in the meantime, the team behind the Metal Gear Solid film will be working hard to preserve everything we love about the original games.

I suppose you can’t say much fairer than that. But still, the proof of the pudding, as they say, will be in the eating.