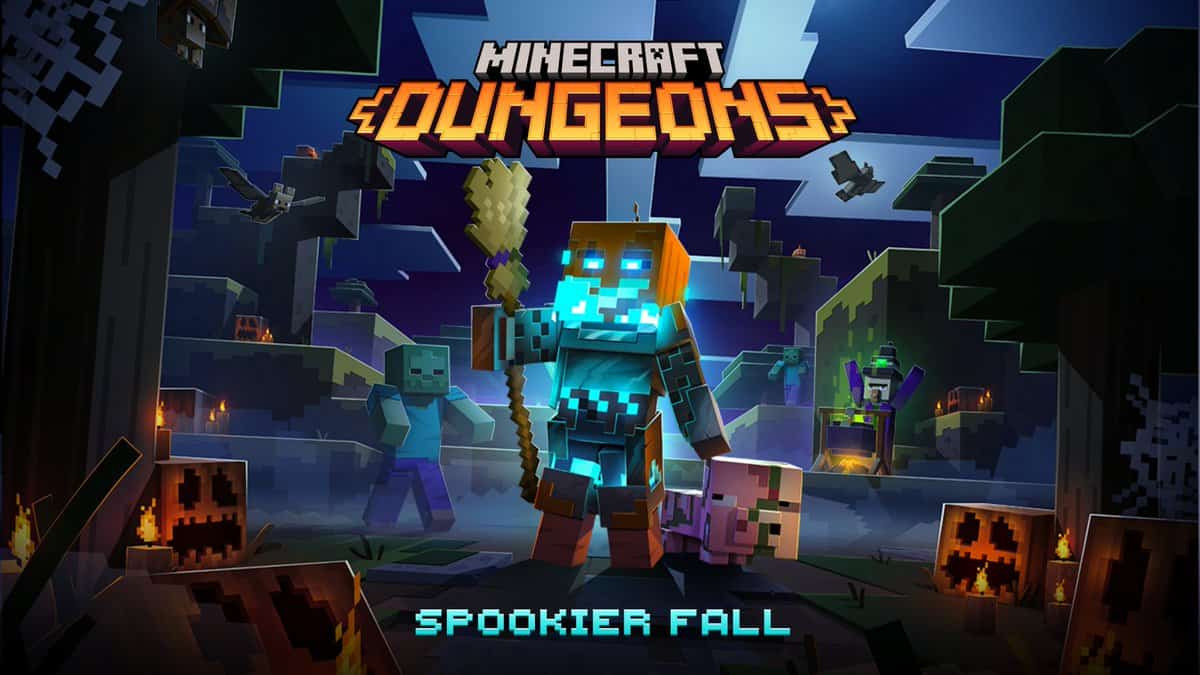 The Minecraft Dungeons update 1.21 patch notes have been announced by Mojang, and the popular title is getting in the Halloween spirit with the addition of the Spookier Fall Event, which kicks off today until November 2.

Read up on the Minecraft Dungeons 1.21 patch notes below.

The Spookier Fall event descends on Minecraft Dungeons to haunt your holiday with (mis)adventure. Complete Seasonal Trials to earn unique and seasonal-exclusive items such as the Cackling Broom, the Phantom Bow, and the Soul Jack-O-Lantern armor set.

NOTE: To gain progress towards rewards, you must have updated to version 1.11.1.0 and be connected to the internet while completing Seasonal Trials.