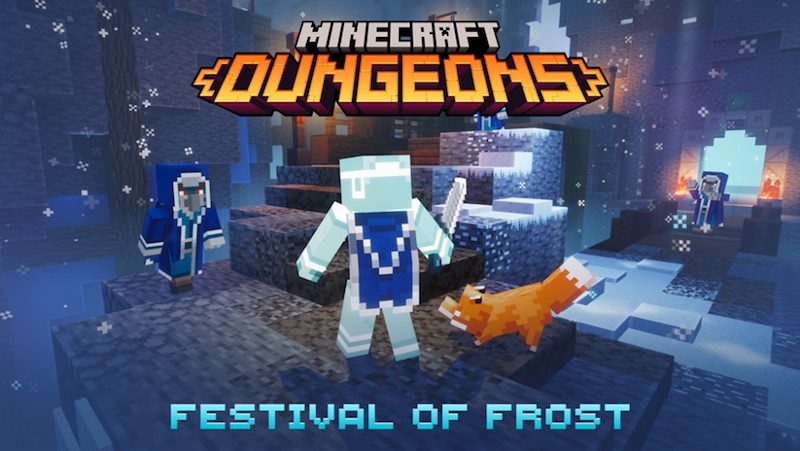 It’s time for a new update to Minecraft Dungeons! This update brings a new, limited time event: Festival of Frost! The update also brings a number of bug fixes to the game, many of which were reported by players and improve upon Cloudy Climb content.

Minecraft Dungeons is celebrating the milestone of reaching 15 million players with a wintery event! Between February 8-22, players can participate in the Festival of Frost, featuring chilly challenges like new themed floors in a 21-floor configuration of the Tower. You will also see some familiar Seasonal Trials and rewards from last year’s Chills and Thrills event.

Adventurers will also receive a login reward in the form of the elegant Iceologer Cape as a thank you for having been part of the journey so far.