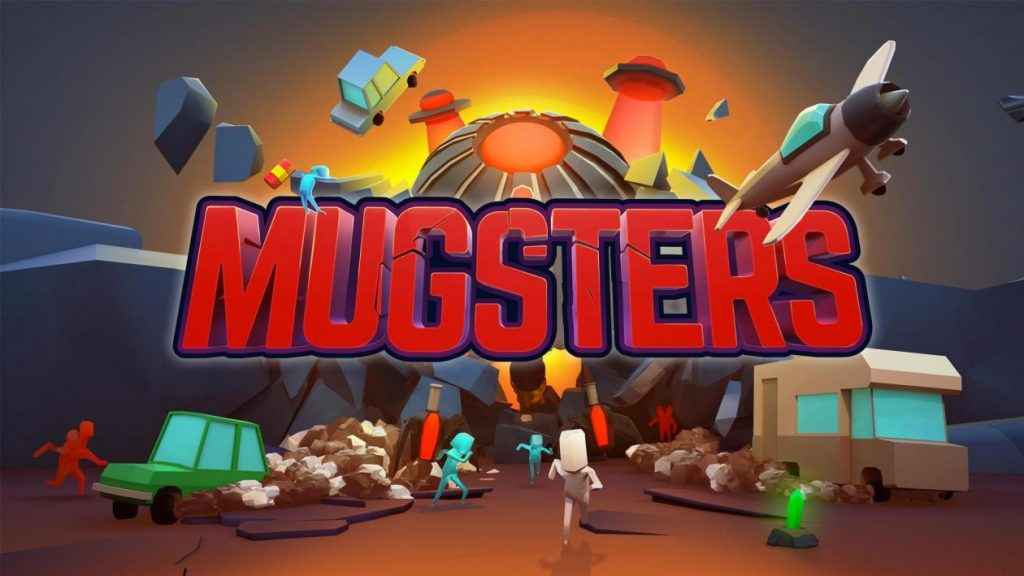 Mugsters – an action-packed, physics-based puzzle game developed and published by Reinkout and Team17 respectively – is available to download now on PS4.

Set against the backdrop of an alien invasion that threatens humanity’s very existence, in Mugsters, the player has “one simple mission” the official blurb reads “to rescue survivors, defeat aliens, collect crystals and SAVE THE WORLD. Okay, so maybe not so simple”.

To do that, they must complete a series of increasingly complex puzzles using a combination of their wits and a range of unique tools: from unique vehicles and environmental traps, to good old fashioned explosive barrels. While the entire game can be played solo, like Overcooked and Lovers in a Dangerous Spacetime (which, incidentally, is my favourite name for a game ever) before it, Mugsters is very much geared toward couch co-op.

Though players might want to make sure their friendship/relationship can handle hours of bickering and passive-aggressive comments before starting.

Also available on Xbox One, Nintendo Switch, and PC, Mugsters will set you back £9.99 if you live in the UK – that’s $14.99 and €14.99 to our US and European friends – not a bad price, considering the replayability factor.