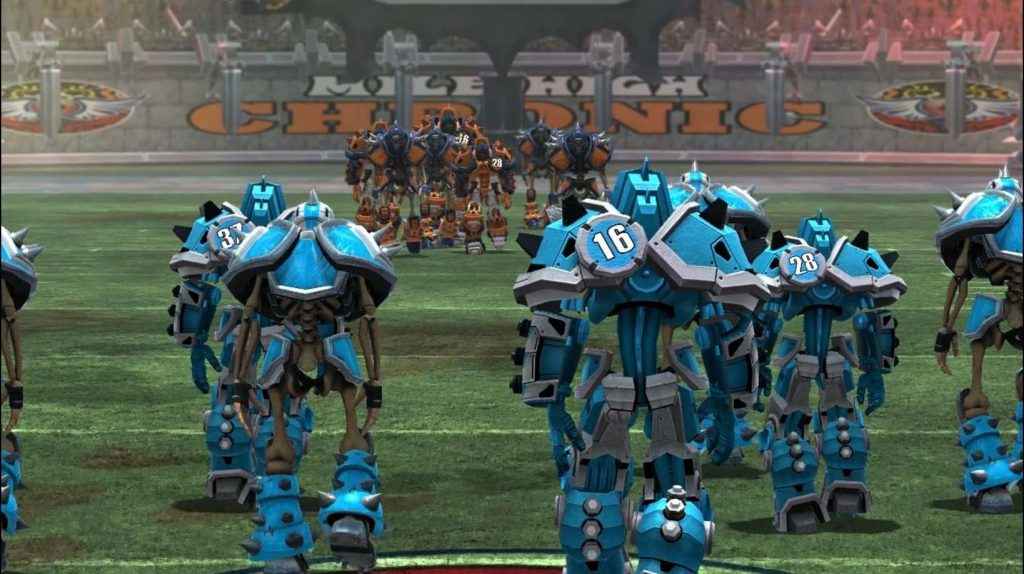 Resurrected from over a quarter of a century ago, a Mutant Football League PS4 release date has been confirmed.

Developer Digital Dreams will release the hard-hitting football game, which was originally released for the SEGA Genesis, on January 19. Though it will initial launch as a digital product, a physical release of Mutant Football League will follow in the summer for PS4 and Xbox One.

Starting off a Kickstarter-funded campaign by the original creator, Michael Mendheim, players control a team of mutants in a no-holds barred football match. Set in a post apocalyptic world, it's described as “an NFL Blitz arcade-style football game, with nasty mutants, ferocious monsters, deadly chainsaws, and lots of gory player deaths, along with some edgy, satirical humor that parodies America’s favorite sport” and shares some similarities with the Blood Bowl series.

Watch the Mutant Football League teaser trailer, which was released to coincide with the game's Steam release in 2017.

Mutant Football League features 7 vs 7 matches,18 teams, and allows for a host of dirty tactics, including the ability to bribe the referee. According to the Steam page, the game features: “Fantastical arenas full of ruthless fans and deadly traps set the stage for mayhem in every contest that allows players to win by highest score or by killing and eradicating their opponents. Whenever a game begins you'll quickly discover the only predictable element is broken bones.”

Mutant Football League is rated 17+ due to the mature humor, violence and blood and gore.